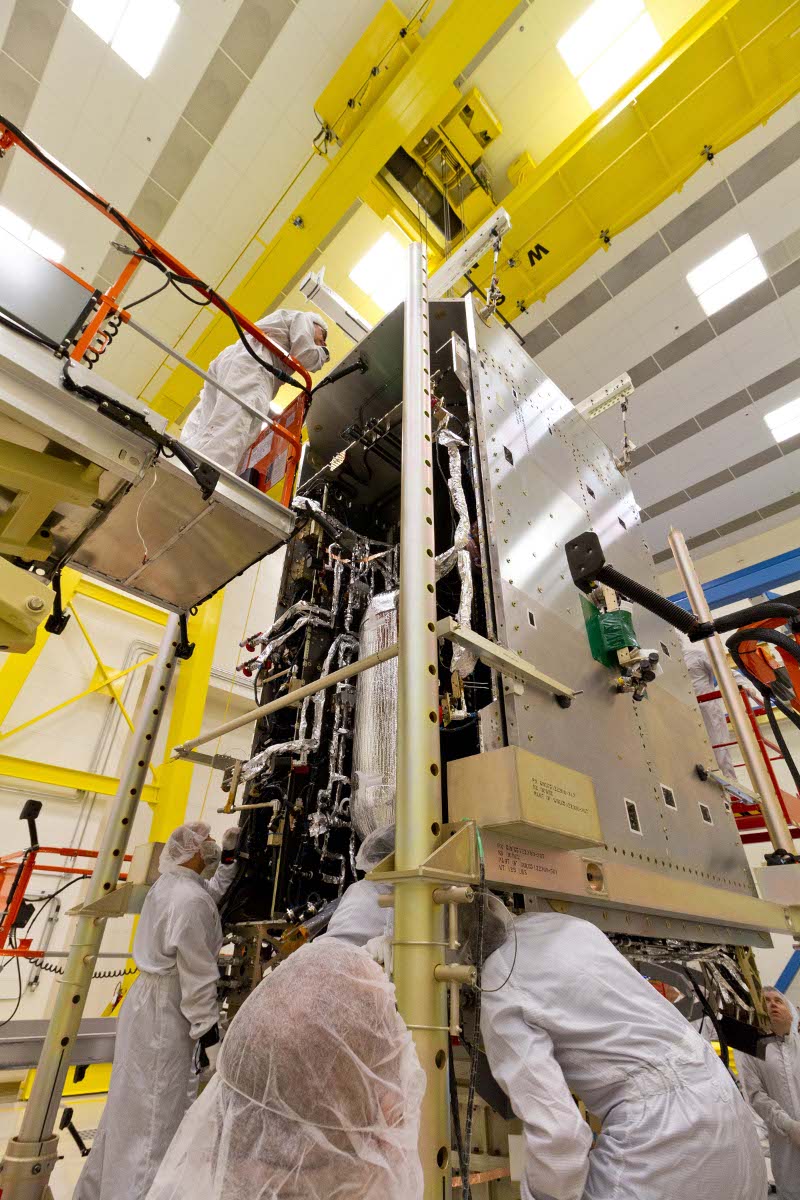 Lockheed Martin has successfully combined the system and core modules of Geostationary Operational Environmental Satellite-R (Goes-R) for weather at its space system facilities near Denver, Colorado, US.

The propulsion module will support the satellite during transfer orbit to its final location and on-orbit repositioning.

Lockheed Martin Space Systems’ vice-president and programme manager for Goes-R Tim Gasparrini said: "Positioning these large modules together in such a precise manor is a challenging task.

"Our team spent many hours modelling and analysing the procedure in our virtual reality lab called the CHIL before tackling the mate in the cleanroom."

"Positioning these large modules together in such a precise manor is a challenging task."

The completion of this stage will let the team to install the Earth Pointing Platform (EPP) onto the satellite and then the functional and environmental testing.

The Goes-R is being built by Lockheed under a contract with Nasa, for the National Oceanic and Atmospheric Administration (NOAA).

Lockheed has designed the spacecraft and is responsible for assembly, test and launch operations, and mission operations.

The Goes-R builds upon the A2100 geosynchronous spacecraft bus and precision imaging capabilities from previous remote sensing programmes.

The latest Goes satellite will provide better imagery and more atmospheric observations than the existing ones.

Functional testing and environmental testing phases of the programme are scheduled for later this year, and the satellite will be launched in early 2016.