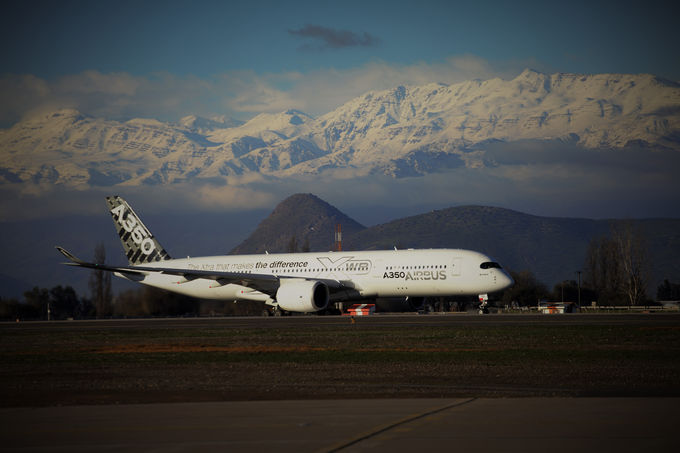 Airbus has received a $7bn order from Latin America’s LATAM Airlines Group for 27 new A350-900 jetliners.

According to Spanish publisher Agencia EFE, LATAM chief corporate officer Roberto Alvo said: "We’re going to equip this plane with the latest cabin technology, with the most comfortable seats on the market, the most modern on-board entertainment systems.

"We’re going to have much more space on the aircraft."

Santiago-based LATAM has been formed as a result of the 2012 merger of Chile-based LAN and Brazil’s TAM airlines, though they still continue to run as separate brands.

"The majority of the A350 XWB’s airframe is made from sophisticated composite materials."

The latest addition to the Airbus Widebody product range, the A350-900 is powered by Rolls-Royce Trent XWB engines, which reportedly offers a 25% reduction in fuel consumption and lower operation costs compared with other aircrafts.

Integrating advanced aerodynamics, design and technologies, the A350 XWB is a line of mid-size wide-body jets offered in three versions with 276 to 369 seats.

The majority of the A350 XWB’s airframe is made from sophisticated composite materials, including titanium and aluminium alloys.

By late-June, Airbus received confirmed orders for 742 A350 XWBs from 38 global customers, with deliveries set to start in 2019.

On 7 August, the Airbus A350 XWB arrived in Chile as part of a three-week route-proving drive required for type certification, which involves executing high airfield performance, auto-landing trials and airport turnaround and handling services.