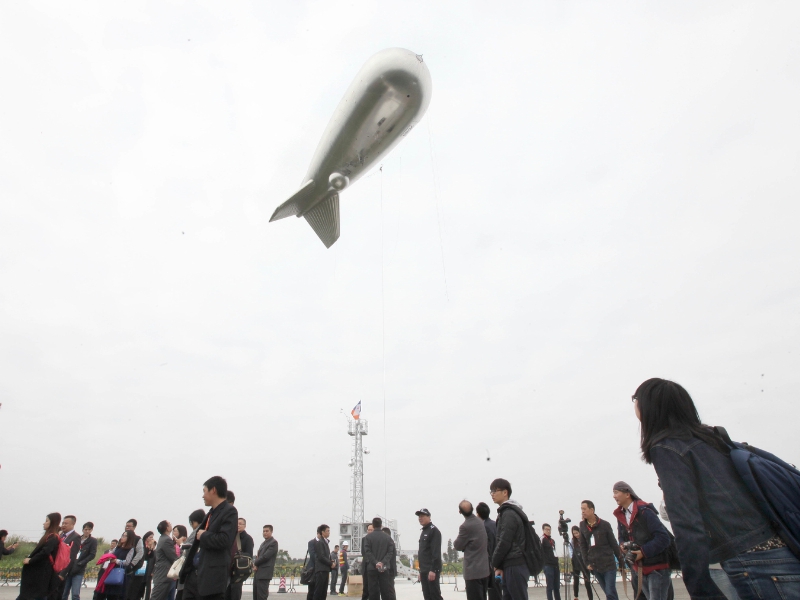 The Cloud platform is 48m long and nearly 20m high, and is supported by helium that can thrust it 300m above the ground. The airship provides integrated services, including communications, internet access, as well as big data collection and analysis.

The system is similar to a super tall communication tower or a low-flying satellite with a synthetic cable, which also acts as data processing centre portal, tied to the ground.

The waterproof airship is designed with protection against lightning and other environmental conditions. Cloud takes three hours to fill and was granted license to fly within the Dongguan Eco Park.

During a test launch in Shenzhen in February, the airship successfully completed its tasks in Wi-Fi communication coverage, ground monitoring and maritime data collection.

"The Cloud platform is 48m long and nearly 20m high, and is supported by helium that can thrust it 300m above the ground."

The system was developed using the technology similar to one developed by US-based defence contractor Raytheon. Raytheon’s technology is limited to military use, while Cloud can be used in civilian areas.

With a wider covering range, the system can transmit signals better than ground systems.

Claimed to be safe, cost-efficient and environmentally friendly system, Cloud can soar up to 2,000m above the ground with a payload of 400kg.

The payload include wireless base stations, Wi-Fi equipment, TV and radio transmitters to be used in missions such as telecommunications, urban planning and management, air pollution monitoring and maritime surveillance.

Cloud is a part of KuangChi’s ‘Global Community of Innovation’ (GCI) initiative that tries to bring sci-fi technologies into reality.