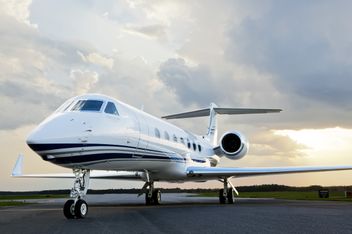 The long-range business jets include one Falcon 900EX EASy II and one Gulfstream GIV. An ultra-long range Gulfstream G550 has also been included in its fleet.

With the addition of the aircraft, Jet Edge’s fleet of large-cabin charter jets has increased to 48 across North America and Asia.

Jet Edge International CEO Bill Papariella said: "The addition of these three aircraft, each closing within the month of December, stands as evidence of not only the great momentum we experienced throughout 2015, but of the substantial efforts made every day by our talented aviation professionals.

"With two of the three additions being East Coast-based, our New York and Florida fleets have grown to more than 13 aircraft.

"This exceeds our 12-month east coast expansion plan and provides more depth and availability for our clients on both coasts."

"With two of the three additions being East Coast-based, our New York and Florida fleets have grown to more than 13 aircraft."

In 2015, Jet Edge’s charter aircraft fleet increased from 30 to nearly 50 aircraft. During the same period, the company also achieved more than 13,000 hours of revenue flights for charter aircraft category.