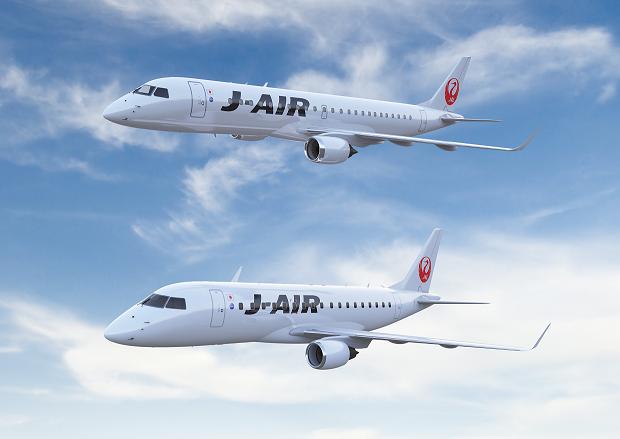 Japan Airlines (JAL) has placed a firm order with Embraer for 15 E-Jets with an option for an additional 12 E-Jets family aircraft.

The firm order comprises the E170 and the E190 aircraft variants, and is valued at $677m based on the list prices.

JAL said in a statement: "Introduction of E-Jets will enable JAL to match capacity with demand on each route, as well as achieve improved on-time performance and reliability."

Scheduled for delivery from 2015, the new E-Jets will complement the carrier’s existing fleet of 15 E170s.

They will be operated by Osaka-headquartered J-Air, a wholly owned subsidiary of Japan Airlines.

J-Air flies to 21 cities, including Osaka-Itami, Sapporo, Sendai, Kagoshima, Miyazaki, and Fukuoka, and currently operates 176 daily flights across its network.

"Having the combination of E170s and E190s in our fleet will give us greater flexibility, enabling us to match capacity with demand on routes within our existing and future networks."

Embraer said that the latest order will be included in its backlog for the third-quarter this year.

JAL president and representative director Yoshiharu Ueki said: "We have been operating our E-Jets for five years and the aircraft have achieved an outstanding 99.7% dispatch reliability.

"Having the combination of E170s and E190s in our fleet will give us greater flexibility, enabling us to match capacity with demand on routes within our existing and future networks."

Powered by GE CF34 engines, the E-Jets incorporate a double-bubble fuselage concept, which offers more in-flight space over the other aircraft in the segment.

Separately, JAL said it has signed a letter of intent to buy 32 Mitsubishi Regional Jet (MRJ) aircraft, which will be deployed on domestic routes by J-Air from 2021.