X
Advertise with us
Rohit 2 November 2014 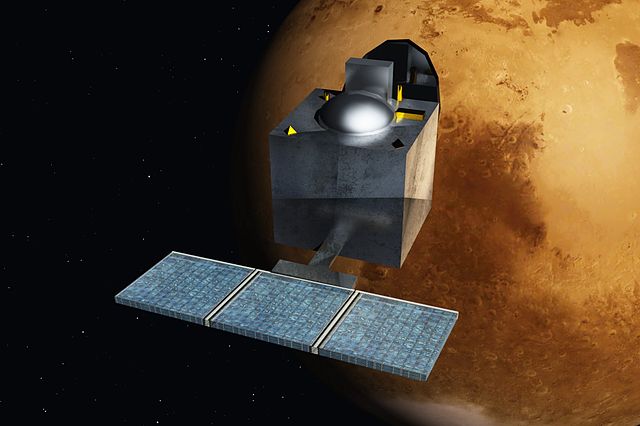 The Indian Space Research Organisation (ISRO) is planning to launch second mission to Mars with a lander and rover to carry out more experiments on the red planet.

The proposed plans come after the Indian space agency has successfully placed its unmanned Mars Orbiter Mission spacecraft to the Martian orbit in September.

ISRO satellite centre director Shiva Kumar was quoted by IANS as saying: "We plan to launch a second mission to Mars in 2018, probably with a lander and rover, to conduct more experiments for which we have to develop new technologies.

"We will be able to take the Mars-2 mission after launching the second mission to the moon (Chandrayaan-2) in 2016 with our own lander and rover, which will help us develop a separate lander and rover for the red planet."

The agency is looking to launch the programme in 2018 as the missions to Mars can be launched at two year intervals.

ISRO intends to have fully operational heavy rockets ready by then to carry communication satellites weighing around 3t into the geo-stationary orbits around the earth.

"The agency has developed the GSLV Mark I-III to launch heavier communication satellites."

In line with this plans, the agency has developed the geo-synchronous satellite launch vehicle (GSLV Mark I-III) to launch heavier communication satellites.

ISRO chairman Radhakrishnan was quoted by The Hindu as saying that the test flight will lead to a ‘future workhorse vehicle that will stay with us for many years’.

Tests will be conducted on unmanned crew module of the three-stage launch vehicle, to evaluate heating during its re-entry and its behaviour in the crucial space phase.

Image: An artistic rendering of the MoM orbiting Mars. Photo: courtesy of Nesnad.