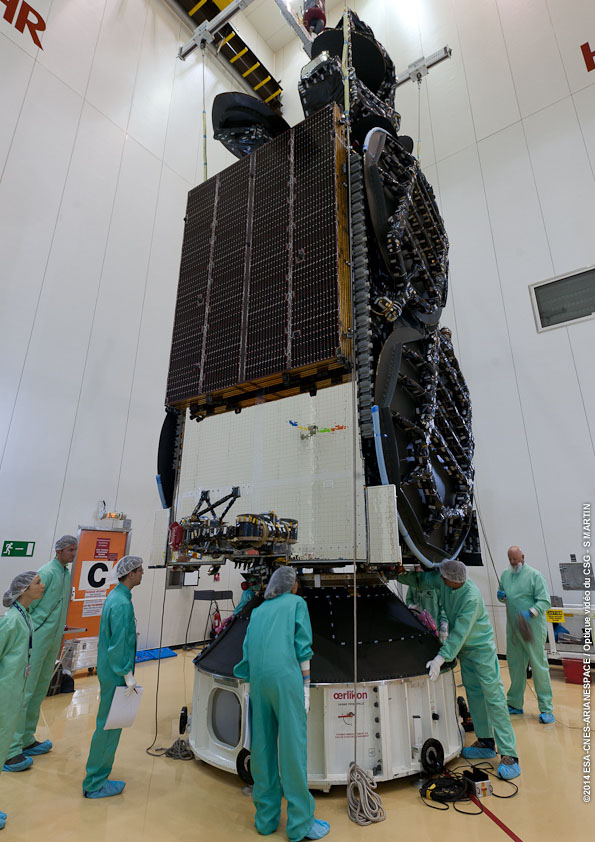 Telecommunications satellite ISDLA-1 has been moved to the final assembly building at the French Guiana’s space port, marking a major milestone towards payload integration.

The satellite has completed pre-flight checkout and received its onboard propellant at the spaceport’s S3B clean room facility, before it was transported to the final assembly building.

The Ariane 5 mission Flight VA220 will lift-off the ISDLA-1 along with ARSAT-1 satellite on 16 October.

Built by Space Systems / Loral, the spacecraft will be operated by DIRECTV and Intelsat at an orbital position of 95° W, and will be co-located with Intelsat’s Galaxy 3C satellite.

The satellite will offer direct-to-home entertainment, as well as backup and restoration services in Latin America.

The ISDLA-1 reached the spaceport and commenced pre-launch processing in September. It will be joined by ISDLA-2 satellite at a later date.

Each spacecraft is designed to provide service for around 15 years.

The ARSAT-1 is designed to provide telecommunications, data transmission, telephone and television services across Argentina, Chile, Uruguay and Paraguay.

It is built by INVAP for operator ARSAT. Thales Alenia Space and Airbus Defence and Space provided the equipment.

Last week, Arianespace said that the Ariane 5 vehicle has reached the final assembly building and is ready to receive its ISDLA-1 and ARSAT-1 payloads, which will undergo final verifications before moving to the Spaceport’s ELA-3 complex for lift-off.