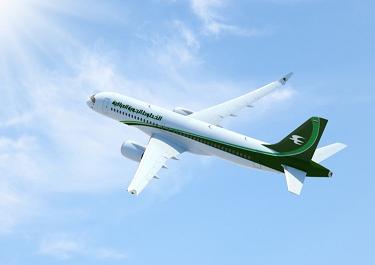 The agreement also includes options on 11 CS300 jets, and follows a letter of intent (LoI) to purchase the aircraft that was announced by the aircraft manufacturer during the Dubai Airshow.

Based on the list prices, the firm order is valued at about $387m, and could increase to $1.26bn if the 11 options are converted to firm orders.

Bombardier Commercial Aircraft president Mike Arcamone said: "We are delighted to be participating in Iraq’s reconstruction by delivering the best aircraft to support Iraqi Airways’ growth and development."

Bombardier has secured orders and commitments for 419 CSeries aircraft to date, which include firm orders for 182 CSeries jets.