X
Advertise with us
admin 5 January 2014 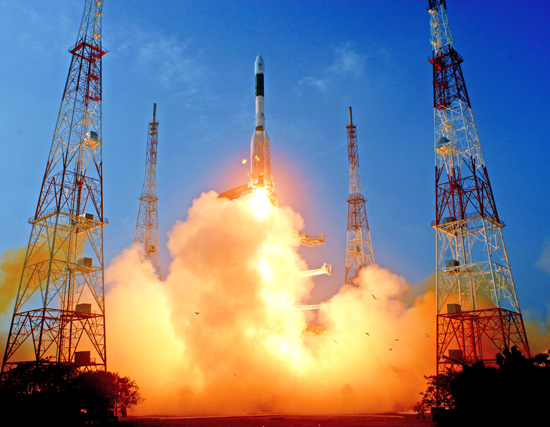 The rocket was launched from Satish Dhawan Space Centre SHAR, Sriharikota, in the state of Andhra Pradesh on 5 January at 4.18pm IST.

The first orbit raising process of GSAT-14 was scheduled for 7.58am IST today, with the remaining two orbit raising operations planned for 7 and 9 January 2014 in order to place the satellite in geostationary orbit.

ISRO tested its first domestic-built cryogenic engine and failed in April 2010, and its plans to launch GSLV-5 in August last year were also dropped due to technical problems.

With the project’s success, India now has the ability to inject satellites weighing more than 2t in orbit, joining countries such as the US, Russia, France, Japan and China, which are already using the cryogenic propellants, liquid oxygen at -183°C and liquid hydrogen at -253°C.