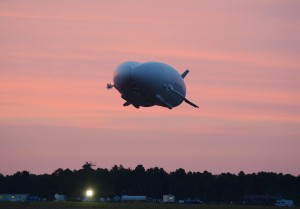 UK-based airships manufacturer Hybrid Air Vehicles has started a crowd-funding campaign to raise up to £2m funds to support its Airlander project, a hybrid of an aircraft, a balloon, and a hovercraft.

Claimed to use one fifth of fuel required in a conventional aircraft, the present 90m-long Airlander 10 can stay airborne for up to five days and carry around ten tonnes.

The helium-filled Airlander can travel at speeds of 100mph, and is claimed to be greener and quieter compared with other aircraft. It can land on solid ground, water, deserts, and ice.

HAV CEO Stephen McGlennan said: "We’re offering a chance for investors to jump on-board and be part of our journey as we prepare for take-off."

The company plans to use proceeds from crowd-funding to prepare Airlander for flights. It expects the project to support the region with around 1,800 jobs within five years.

HAV conducted first test flight of the Airlander in August 2012 under a contract from the US Department of Defence (DoD). However, the project was cancelled in 2013 due to budget cuts.

"We’re offering a chance for investors to jump on-board and be part of our journey as we prepare for take-off."

The company bought back Airlander from the DoD and started working at the hangar in Cardington, Bedfordshire, UK.

In February, the UK Government granted up to £3.4m for the Airlander project as part of the Regional Growth Fund.

McGlennan said at the time: "The commitment of the UK Government to our business is vital, and this will ensure we fly our innovative Airlander aircraft and enter the commercial market."

Last year, HAV received £2.5m of government funding for the development of technology and engineering for the project.

The company intends to develop Airlander 50 that will be able to carry 50t of freight.

Since its inception, HAV’s 150 shareholders have invested over £9m. According to HAV, the airships market is estimated to be worth $50bn.

Image: HAV plans to use proceeds from crowd-funding to prepare Airlander back to flight Photo: courtesy of HM Government.