ContinueLearn More X
X
Advertise with us
Rohit 6 May 2015 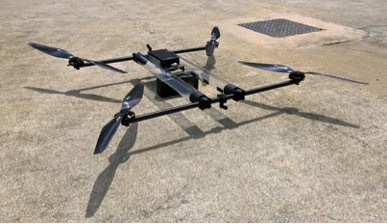 The HYCOPTER is reportedly the first UAV to be powered using energy, in the form of hydrogen fuel cells, stored in it’s frame structure.

The ultra-light fuel cells are designed to convert hydrogen in the aircraft frame into electricity, to power its rotors.

Horizon is preparing the HYCOPTER for a flight endurance of four hours or approximately eight to ten times the average flight duration of the existing systems.

"HYCOPTER is the first result of our efforts and we intend to demonstrate many more platform innovations in the coming months."

"HYCOPTER is the first result of our efforts and we intend to demonstrate many more platform innovations in the coming months."

The company is showcasing HYCOPTER at the Association for Unmanned Vehicle Systems International (AUVSI) trade show in Atlanta, US.