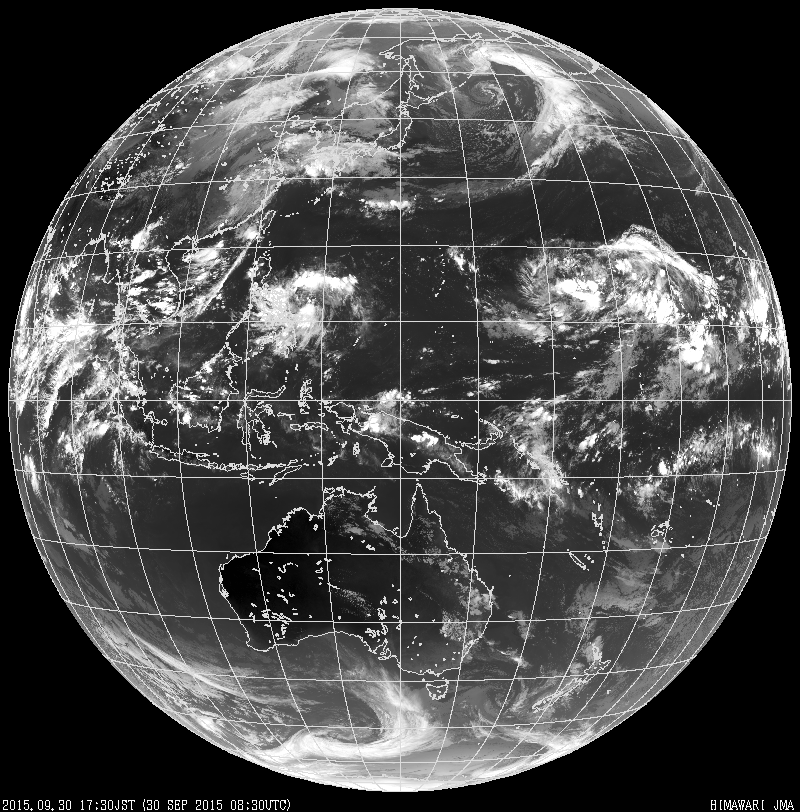 Japanese satellite Himawari-8 has started providing detailed, colour images of Australia at a higher resolution than before, which will be used to accurately predict severe weather events.

Last year, the Japan Meteorological Agency launched the satellite and it started operating this July. It is intended to supply information to worldwide organisations up to 2022.

Australia Bureau of Meteorologydirector and CEO Rob Vertessy said: "Himawari-8 is one giant leap in satellite meteorology: it’s like switching from black and white TV to high-definition colour in one jump.

"Or you could compare it to switching from the grainy images of the silent era to IMAX.

"You can see unfolding weather in detail we’ve only dreamed of in the past. But it’s more than just eye-candy for our forecasters.

"Previously we received a satellite image just once every hour, now we get a detailed scan of our part of the globe every ten minutes. It brings the conditions on earth to life," Vertessy added.

"Now we get a detailed scan of our part of the globe every ten minutes…It brings the conditions on earth to life."

"Our forecasters are now starting to make use of the vast quantity of new data. One of the most immediate benefits is the ability to see storms as they develop. We expect to see continual growth in our use of the data over the coming years."

At present, Himawari-8 is considered to be the most advanced, dedicated weather satellite in the world and another satellite, Himawari-9, is scheduled for launch next year.

Himawari-8 will be part of a constellation of ssatellite that will provide weather monitoring services.

Last December, Himawari-8 beamed its first test images back to Earth. Going forward, it will deliver updated pictures every ten minutes in a level of detail never before available in the Asia-Pacific region.

In the new format, users will be able to ‘zoom in’ on areas of 2km to clearly see storm cells, fire fronts, and smoke plumes.