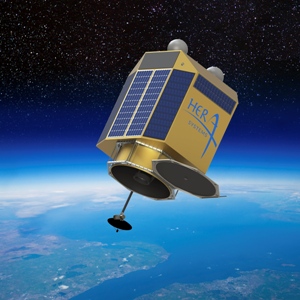 Hera Systems, a satellite information and analytics company, has signed a licensing agreement to use Nasa technology in its Spacecraft Avionics and Technologies (COTSAT) spacecraft.

The licensing deal for two patent pending technologies was signed with Nasa’s Ames Research Centre to use them in the development of an ultra-high resolution commercial imaging system.

Under the deal, Hera will have access to Nasa’s technology to develop COTSAT, a rapid-prototype, low-cost spacecraft to be used in scientific experiments and other technology demonstrations.

The ultra-high resolution commercial imaging system will be able to gather the Earth’s sub-metre resolution imagery. Hera is planning to launch the system in 2017.

The company is also planning to demonstrate and test three advanced payloads of the system in 2017.

The company is already using COTSAT technology, research and components.

"We anticipate saving millions of dollars in development costs and reducing the launch schedule by up to 18 months.

"These are remarkable capabilities and crucial for precision communication systems and sub-metre resolution imaging.

"We will demonstrate that it is possible to achieve a highly reliable, accurate and affordable spacecraft within a very compressed schedule."

For the launch, the company already received an initial round of investment funding.