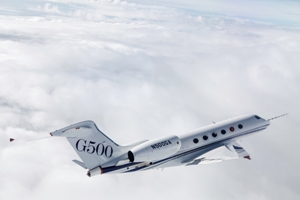 Under the aircraft’s flight test programme, T1 carried out flutter tests in more than 50 flights.

T1 recorded more than 320 flight hours since its first flight on 18 May 2015, its longest flight duration being five hours. It has reached a maximum speed of Mach 0.999 and a maximum altitude of 53,000ft.

"Under the aircraft’s flight test programme, T1 carried out flutter tests in more than 50 flights."

Gulfstream programmes engineering and test senior vice-president Dan Nale said:"The successful completion of climatic chamber testing assures us that the aircraft will be prepared to meet the Federal Aviation Administration’s (FAA) rigorous certification process and extreme real-world conditions our customers will experience when they fly the G500."

Gulfstream plans to include two more aircraft, T4 and P1, in the G500 flight-test programme.

Part of Gulfstream’s new clean-sheet family aircraft, the G500 expects to obtain type certification from the FAA and European Aviation Safety Agency in 2017.