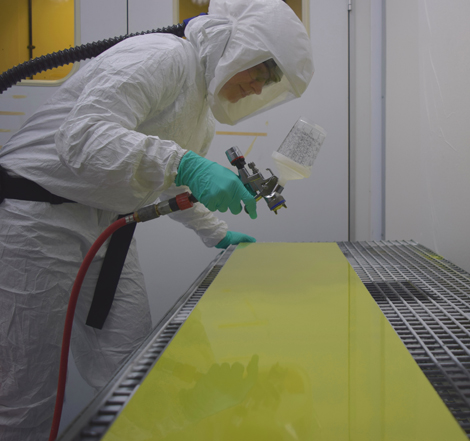 The BLADE project is a part of the Clean Sky Smart Fixed Wing Aircraft (SWFA) programme.

The wing components will test and determine advantages of natural laminar flow (NLF) designs during trials on the wing of a flight test jet.

Half of the SWFA programme is funded by the European Union. The programme includes other multi-partner activities for reducing fuel consumption and emissions of aircraft.

During flight tests on an Airbus A340 aircraft scheduled for 2017, the new wing section developed by GKN, will be used to test the performance of NFL wing architecture.

The NFL wing architecture is expected to reduce wing drag by 8% and improve fuel consumption by 5%.

"The wing components will test and determine advantages of natural laminar flow (NLF) designs during trials on the wing of a flight test jet."

Said to be developed with a new design approach and manufacturing technologies, the NLF designs will provide ultra-high tolerances and significant surface finish to aircraft.

GKN Aerospace engineering and technology senior vice-president Russ Dunn said: "The SFWA BLADE programme is allowing us to progress innovative technologies, concepts and capabilities with the potential to bring about a step change in aircraft fuel consumption.

"It is vital to eliminate features such as steps, gaps, surface roughness and waviness or fastener heads as these all lead to more traditional turbulent flow performance levels."

Dunn added: "As a result, our first part was of very high quality and has been delivered for the flight test programme, which for such an innovative structure was a huge achievement for the entire team."

In 2014, GKN Aerospace developed the wing leading edge demonstrator, which is a part of NLF, under the SWFA programme.