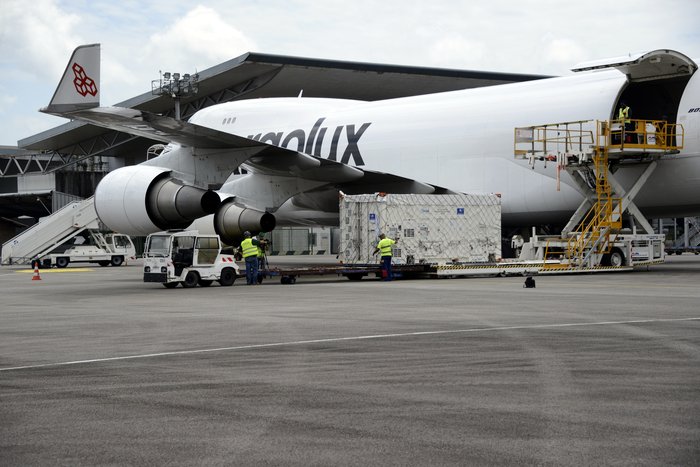 The ninth and tenth Galileo satellites have reached French Guiana to begin final preparations for launch aboard the Soyuz rocket in September.

The satellites landed at Cayenne-Félix Eboué Airport on a Luxair 747 aircraft and were then transported to Europe’s Spaceport.

Named Flight Models 5 and 6 of the Full Operational Capability version, the navigation satellites started from the ESA’s ESTEC technical centre in Noordwijk, the Netherlands, following a series of tests to confirm their readiness for space.

The next two satellites are also midway through tests at ESTEC.

Germany-based OHB is currently working on 14 more satellites with its navigation payloads being supplied by Surrey Space Satellite Technology in Guildford, UK. Other parts have been sourced from across Europe.

Co-funded by the ESA and the European Commission, the Galileo programme is designed to provide an accurate global positioning system under European civilian control.

"The Galileo programme is designed to provide an accurate global positioning system under European civilian control."

The ESA is managing design and procurement activities for the project, while the European Commission is providing funding.

Galileo is Europe’s global satellite navigation constellation with 30 satellites in medium earth orbit at an altitude of 23,222km.

Initial services by the constellation, including an encrypted public regulated service and a search-and-rescue function, are expected to commence by 2016.

The 24 operational satellites and six spares are planned to provide an encrypted commercial service through Galileo’s full operational capability phase by 2020.