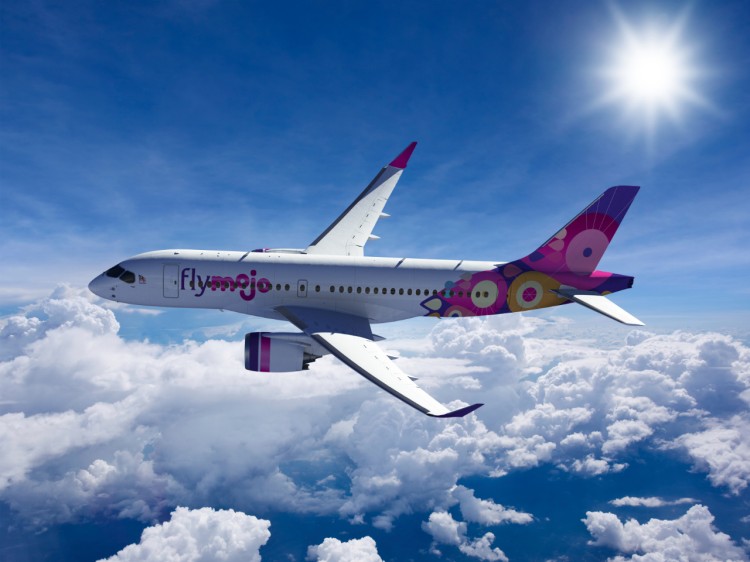 The airline signed a letter of intent (LoI) with Bombardier Commercial Aircraft for the airliners with an option for 20 more aircraft, which could increase the value of the deal to $2.94bn.

If the deal is finalised, flymojo is expected to become the first airline to operate CS100 aircraft in the region.

With the LoI, Bombardier received more than 600 orders and commitments for the CSeries aircraft.

"With its technology and systems integration, materials and advanced aerodynamics, the CSeries aircraft is claimed to offer 15% reduction in operating costs and 20% saving in fuel efficiency."

Malaysia Deputy Minister of Transport Aziz Kaprawi said: "With flymojo’s primary hub at Senai International Airport, Johor and secondary hub in Kota Kinabalu, Sabah, the airline’s ultra-modern fleet of CS100 aircraft will play a key role in improving connectivity between the Peninsula and Sabah and Sarawak, as well as other parts of the region."

The airline is scheduled to commence flights in the first quarter of 2016 and will primarily focus on regional routes, reported Reuters.

Designed for the 100-149-seat segment, the CSeries will compete with Boeing 737 and Airbus A319 airliners.

With its technology and systems integration, materials and advanced aerodynamics, the CSeries aircraft is claimed to offer 15% reduction in operating costs and 20% saving in fuel efficiency.

The Canadian plane maker struggled to bring CSeries into service due to a series of delays, technical issues and cost overruns. The company attempted to sell the single-aisle jet to Southeast Asian airlines but its efforts were unsuccessful.

Image: flymojo is expected to become the first airline to operate CS100 aircraft in the region. Photo: courtesy of Bombardier.