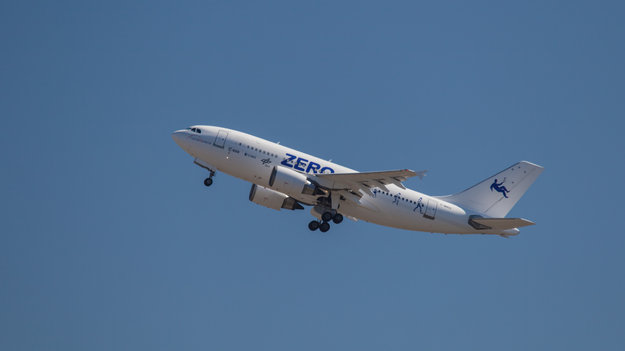 The ESA, France’s space agency CNES and the German aerospace centre DLR have partnered to conduct scientific experiments on an altered gravity aircraft.

Called A310 ZERO-G, the parabolic science aircraft is the revamped version of an Airbus A310.

The altered gravity aircraft is designed not only to offer weightlessness by varying the thrust and angle of attack, but also can also offer other gravity levels such as those found on the Moon or Mars.

During the flights, the aircraft was subjected to an up-and-down trajectory angled at up to 50°, to create weightlessness.

"The scientific experiments are designed to study how humans sense objects under various gravity levels, and evaluate how the human heart and aorta function."

The scientific experiments are designed to study how humans sense objects under various gravity levels, and evaluate how the human heart and aorta function.

Tests were performed to know how plants grow, trial new equipment for the International Space Station, and new methods to launch nanosatellites as well as studied whether pharmaceutical drugs work without gravity.

As part of the experiments, researchers also gained insights into understanding solar system, dust clouds and planet formation, and explore possibility of propulsion for martian aircraft.

With the altered gravity aircraft, researchers will be able to incorporate each phase of hypergravity and normal gravity levels into their experiment, to compare with other gravity levels.

The ESA said in a statement: "Parabolic flights are the only platform that allow on-board researchers and technicians direct interaction with their experiments."