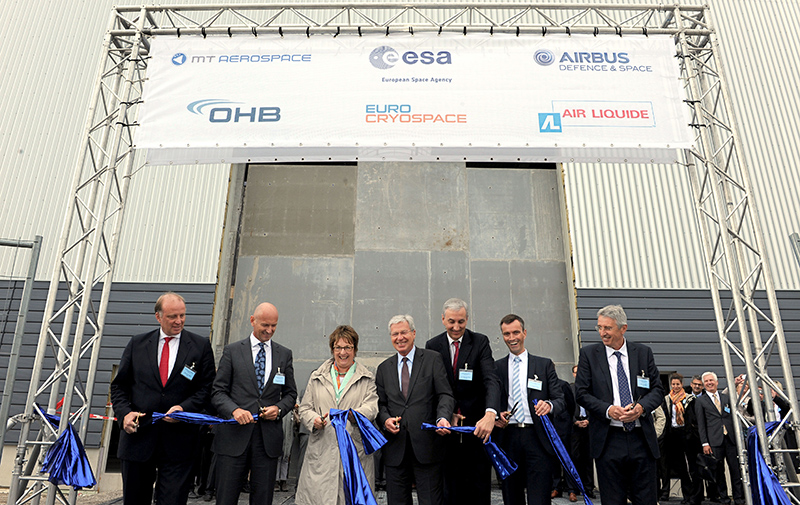 Eurocyrospace, a joint venture of Airbus Defense and Space and Air Liquide, has opened a cryogenic upper stage tanks manufacturing facility for the European Space Agency (ESA) in Bremen, Germany.

The 4,000m² plant is designed to integrate and equip the upper stage tanks of the future European launchers.

The first tank from the facility will soon leave the production line, and will be tested in November 2015.

Simultaneously, MT-Aerospace is building a second manufacturing plant on the neighbouring plot, which will produce the shells for the high-tech tanks.

Space Systems Launchers head Soeren Scholz said: "The proximity of the two manufacturing plants helps reducing costs and increases our competitiveness as requested by ESA who owns the plant.

"With these new facilities, we have concentrated the necessary competences for upper stage production in one place, increasing efficiency and shortening production time."

"With these new facilities, we have concentrated the necessary competences for upper stage production in one place, increasing efficiency and shortening production time."

"Together, we will continue to ensure the framework conditions, so that Bremen remains an indispensable part of Europe’s independent access to space."

The Ariane 5 launcher upper stage is being constructed by Airbus Defence and Space in Bremen since 2003, and around 100 employees are working in the development of the Ariane 5 ME (mid-life evolution) upper stage.

The Ariane 5 ME launcher is scheduled to take off for the first time before mid-2018. Its new re-ignitable cryogenic upper stage is planned to be used for the next-generation launcher Ariane 6.

Image: Officials at the opening ceremony of a gate between the two plots. Photo: courtesy of Airbus Defence and Space.