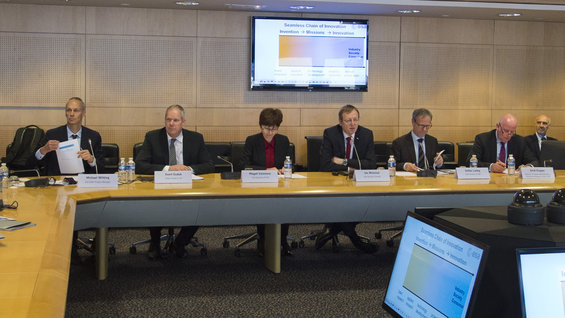 The European Space Agency (ESA) is planning to set up an international research village on the Moon by 2030, in a move to replace the International Space Station (ISS), which is due to be retired by 2024.

Under the ESA plan, structures of the Moon village will be built by robots and 3D printers by using moon dust as building material.

The village can be used as a base for exploring the Moon by humans and robots, as well as a stop over for deep-space missions and mining.

ESA’s vision to build a lunar village was made public during a press conference addressed by ESA chief Jan Woerner.

Woerner was quoted by Dispatch tribunal saying: "This is the overall scheme and we are now discussing, of course worldwide, whether there is enough interest in that to go ahead with it."

"Under the ESA plan, structures of the Moon village will be built by robots and 3D printers by using moon dust as building material."

The proposed Moon village is expected to provide a platform for future missions to Mars and can be used by different countries and space institutions such as Nasa, Russia and China.

The existing ISS, which is currently orbiting space, is a combined project of Europe, Canada, the US, Japan and Russia.

All members of ESA, except the European Union, agreed to operate and finance the ISS until 2024.

Europe has committed to support ISS until 2020.

Reports have emerged that Russia is looking to establish its own orbital station and China is planning its own lunar missions. According to the ESA chief, a lunar village does not involve any formal decision among countries.

Woerner was quoted by Agence France-Presse saying: "What is important, however, is a discussion on the best location to settle."

Image: A media briefing at ESA headquarters in Paris. Photo: courtesy of ESA.