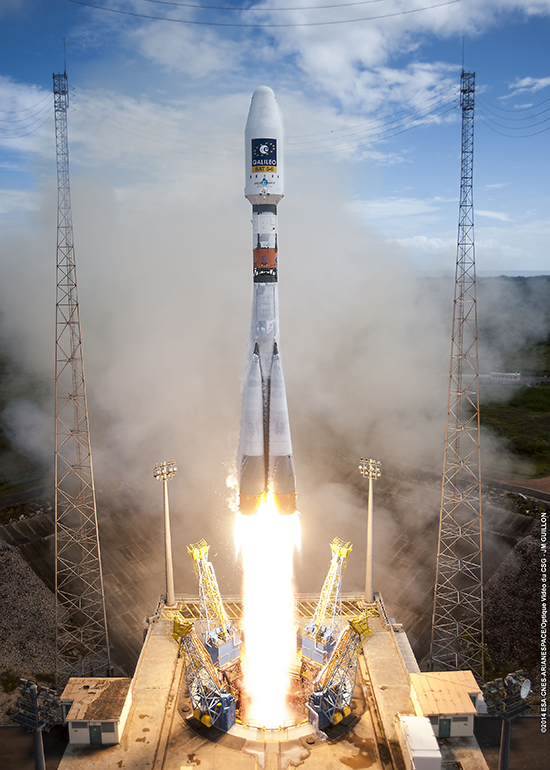 The European Space Agency (ESA) and Arianespace are working to identify the cause of the problem that led to the deployment of Europe’s twin Galileo navigation satellites into incorrect orbits.

Called as Galileo 5 and 6, the two satellites were lofted aboard a Soyuz ST-B launcher from the spaceport in Kourou, French Guiana, on 22 August.

Arianespace said in a statement: "According to the initial analyses, an anomaly is thought to have occurred during the flight phase involving the Fregat upper stage, causing the satellites to be injected into a non-compliant orbit."

The European Commission (EC) has asked Arianespace and the ESA to provide details of the incident, as well as a schedule and an action plan to rectify the problem.

An inquiry commission has also been set up to identify the problem and the findings are expected to be submitted in the first half of September.

The EC said that the board of inquiry will aim to put in corrective measures to avoid such incidents being repeated with future launches.

"The European Commission will participate in an inquiry with ESA to understand the causes of the incident."

EC Commissioner Ferdinando Nelli Feroci said: "The European Commission will participate in an inquiry with ESA to understand the causes of the incident and to verify the extent to which the two satellites could be used for the Galileo programme."

Using the Galileo signals, users will be able to track their exact position in time and space with greater precision and reliability over the existing systems.

Four Galileo satellites have been launched since 2011 and are used as part of the in-orbit validation phase.

The EU aims to launch the full constellation of 30 Galileo satellites before the end of this decade, including six in-orbit active spares.

Image: The Galileo 5 and 6 satellites were lofted on 22 August aboard a Soyuz ST-B launcher. Photo: courtesy of 2014 ESA-CNES-Arianespace/Photo Optique Vidéo.