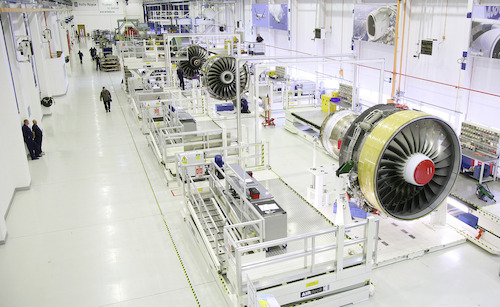 Emirates Airline has placed a €8.7bn order with Rolls-Royce for Trent 900 engines to equip its 50 Airbus A380 aircraft.

The deal is said to be the largest-of-its-kind for Rolls-Royce and export order for a UK-based company. It also includes maintenance services for the engines under Rolls-Royce’s TotalCare package.

With this deal, Emirates Airline has selected Rolls-Royce engines for the first time for its A380, which had been equipped with engines provided by General Electric and Pratt & Whitney’s Engine Alliance joint venture.

Emirates Airline president Tim Clark said: "Rolls-Royce is a key partner for Emirates and we have been impressed with its commitment to continual improvements in the economic and operational performance of the Trent 900.

"These improvements have been decisive factors in our selection of the product for 50 of our A380s."

The airline had placed an order with Airbus for 50 A380 at the Dubai Air Show in 2013. The aircraft are planned to start entering service from 2016.

Said to be the largest customer for the Airbus A380, Emirates Airline has to date placed 140 orders for the aircraft. The airline is yet to receive 81 A380 aircraft.

Commenting on the deal, Rolls-Royce said: "The decision confirms the Trent 900 as the engine of choice on the four-engine A380.

"It has now secured more than 50% market share on the aircraft, in addition to being selected by the majority of A380 customers."

"It has now secured more than 50% market share on the aircraft, in addition to being selected by the majority of A380 customers."

The Trent 900 engine is claimed to offer lowest lifetime fuel burn and the latest version of the engine incorporates technology developed for the Trent XWB and Trent 1000 engines.

The engines have been so far selected by eight operators on more than 70 aircraft, and have accumulated more than four million in-service flight hours.

Emirates Airline intends to have a so-called A380neo with Rolls-Royce’s XWB engine, which is designed to equip A350.

Clark was quoted by Reuters as saying: "As far as the neo is concerned, we await the deliberations from Toulouse."

Airbus president and CEO Fabrice Brégier said: "As we continue to develop innovative solutions to further improve its already unbeatable economics, we see a long and bright future for the A380, which remains the best solution for enabling air traffic to grow."