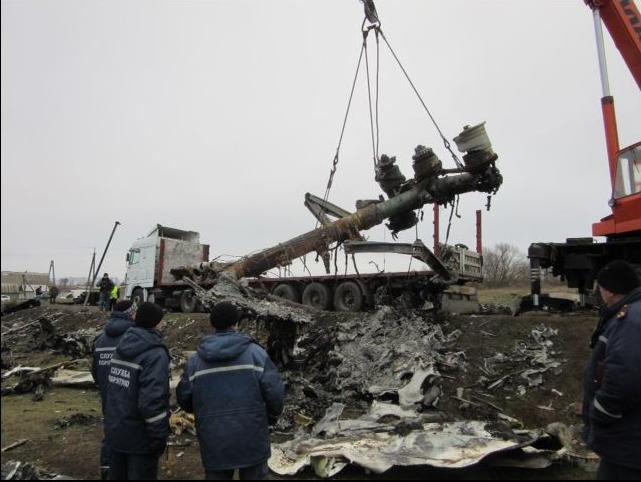 The Dutch Safety Board has stated that Malaysian Airlines flight MH17 crashed due to a Russian-made 9M38 BUK missile.

The board released a final report at a military base in the southern Netherlands, which stated that the missile hit the front left of the plane, leading to parts breaking off.

The incident occurred in July 2014, killing 298 people onboard.

The missile was fired from war-ravaged eastern Ukraine and shot directly into the sky.

After flying for six miles, the missile was detonated in front of the jetliner, causing the disaster.

The report also stated that the impact instantly killed the two pilots and purser in the cockpit, and that disintegrated pieces of the Boeing 777 fell away.

The plane had been flying from Amsterdam to Kuala Lumpur and crashed in eastern Ukraine when the conflict between government troops and pro-Russian separatists was at its peak.

"At 32,000ft above the conflict no-one considered civil aircraft at cruising altitude was at risk."

There were 196 Dutch and ten British nationals amongst the victims of the crash.

Russian-backed rebels have been named as responsible for the disaster by Ukraine and the West; however, Russia has denied the accusations and claimed that the missile was fired from Ukrainian-controlled territory.

The Dutch Safety Board report does not place any blame, but says the airspace should have been closed.

Dutch Safety Board chairman Tjibbe Joustra was quoted by the Huffington Post as saying: "Flight MH17 crashed as a result of the detonation of a warhead outside the airplane.

"This warhead fits the kind of missile that is installed in the BUK surface-to-air missile system.

"At 32,000ft above the conflict no-one considered civil aircraft at cruising altitude was at risk."

The investigation also found that 160 flights passed over the airspace before the MH17 incident occured.

Joustra added that contributing factors include Ukraine failing to close the airspace and individual airlines not recognising the dangers.

Image: MH17 debris recovery at the crash site in eastern Ukraine. Photo: courtesy of the Dutch Safety Board / Department of Defense.