ContinueLearn More X
X
Advertise with us
Rohit 19 May 2015 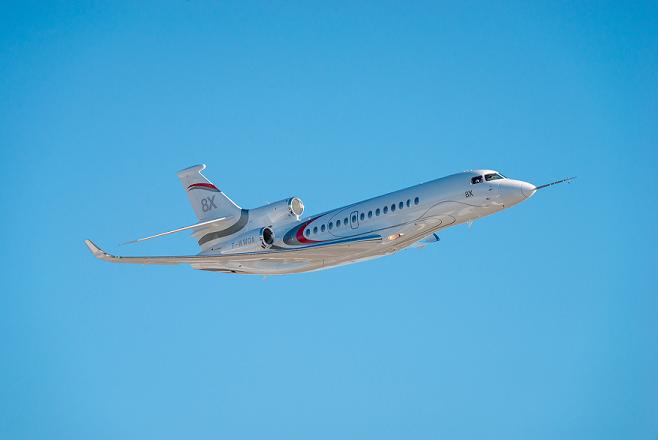 Dassault Aviation has conducted the test flight of the third and final Falcon 8X aircraft, as part of a flight test programme.

The Falcon 8X s / n 03 lifted off from the company’s facility at Bordeaux-Mérignac in France.

Dassault Aviation chairman and CEO Eric Trappier said: "We are very pleased with the way the Falcon 8X flight test programme is progressing.

"All three aircraft have exhibited flawless handling, and responded exactly as intended when designed."

The s / n 03 aircraft will be moved to the Falcon completion facility in Little Rock, Arkansas, US, to test cabin comfort and sound level capabilities.

The company has recently completed a series of tests on s / n 01, including high-speed performance test at M0.96, maximum ceiling of 51,000ft, and a full range of angles of attack.

"The programme will comprise around 200 flights and 500 flight hours, and the EASA and FAA certifications are expected in mid-2016."

Other tests, such as various weight configurations, including MTOW, and a high-energy brake test were also completed.

Dassault Aviation has commenced tests on the s / n 02, to evaluate its fuel consumption and landing / takeoff distance.

The three flight test aircraft have so far completed 50 flights. The programme will comprise around 200 flights and 500 flight hours, and the EASA and FAA certifications are expected in mid-2016.

Dassault Aviation said that currently eight Falcon 8X aircraft are in final assembly, while 15 other aircraft are at various stages of production.

In a separate statement, the company said it is preparing to roll out the new Falcon 5X on 2 June with plans to conduct its maiden flight later this year.