X
Advertise with us
Srivari 21 September 2015 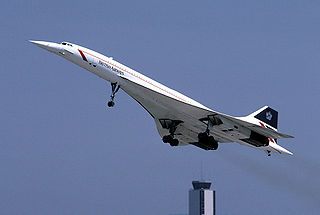 British enthusiast group Club Concorde has raised $180m to bring the iconic Concorde aircraft back into service by 2019.

Concorde is a turbojet-powered supersonic passenger jet airliner jointly developed by Aérospatiale and the British Aircraft Corporation (BAC) in 1976.

The aeroplane flew between New York and Europe in just 3.5 hours but was taken off the market in 2003 following a crash in 2000, and general slump in the aviation industry.

Club Concorde president Paul James stated that negotiations are ongoing to purchase or lease two of the aircraft.

The group aims to showcase one of the aeroplanes in at London’s South Bank next to the London Eye, and another in Paris.

"The support shows how much people still admire Concorde and want to see it flying again."

James was quoted by the BBC as saying: "We have been overwhelmed by the amount of enthusiasm and people wanting to invest.

"The support shows how much people still admire Concorde and want to see it flying again.

"All the authorities have been very keen on our idea to bring Concorde to the river as a tourist attraction and London Eye have agreed we could share their landing stage."

Concorde is capable of flying more than twice the speed of sound, and carrying between 92 and 128 passengers.

Apart from Tupolev Tu-144, Concorde is the only supersonic transport aircraft to have entered commercial service since 1976, and it flew for the first time in 1969.

British Airways and Air France built 20 Concorde aeroplanes in France and the UK, but faced a huge economic loss.

To date, the airlines have not expressed plans to restore or sell the aircraft but Club Concorde is hopeful of returining the aeroplane to operation.