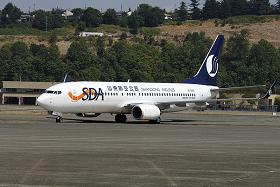 Chinese carrier Shandong Airlines has agreed to purchase 50 Boeing 737 jets, worth $4.6bn at list prices, in a move to grow its fleet and facilitate future business expansion.

The order includes 16 Boeing 737-800 and 34 Boeing 737 MAX aircraft, and is pending approval from the Chinese Government.

Boeing was quoted by BBC as saying that it continues to work with Shandong Airlines and the Chinese Government to determine the best way to meet their requirement.

Based in eastern China, Shandong Airlines will start receiving aircraft in batches between 2016 and 2020.

Shandong Airlines chairman Ma Chongxian was quoted by the state-run news agency Xinhua as saying that that the airline aims to grow its fleet to more than 140 at the end of 2020, a surge of almost 100%.