ContinueLearn More X
X
Advertise with us
admin 18 May 2014 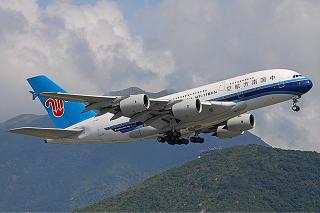 China Southern Airlines has placed a $7.9bn order with aircraft manufacturer Airbus to purchase 80 medium-haul A320 aircraft to meet the growing travel boom in the country.

With this deal, the Chinese airline will add 30 A320 jets and 50 A320neo aircraft to its existing fleet of 249 Airbus fleet, including five superjumbo A380s.

In its statement to the Shanghai stock exchange, the airline said that the order would optimise its fleet structure and improve operational efficiency, reported Bloomberg.

The company stated that the delivery of the aircraft is scheduled to begin in 2016, with the last jets to arrive within 2020.

The latest deal is said to be on the back of middle-class growth in China that has fuelled the travel industry and the development has resulted in a dramatic rise in aircraft deals.

In March, China Eastern Airlines has placed an ordered to purchase 70 Airbus A320s, while Boeing stating that it delivered 143 jets to China in 2013 with delivery of additional aircrafts to be made in 2014.

China Southern Airlines said that with the new aircraft the firm’s capacity as measured by tonnes carried per kilometre is estimated to increase by 12%.