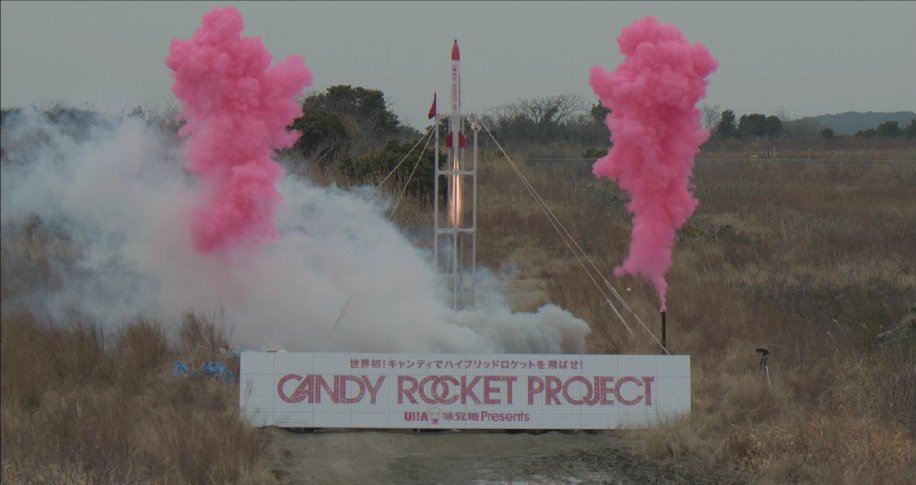 "This project proved that candies can be used as a high-energy fuel."

Yutaka Wada said: "This project proved that candies can be used as a high-energy fuel.

"If humans went to outer space and had to find energy from limited resources, candies that they brought for survival food could be used as emergency fuel when they ultimately have to escape."

In the latest rocket, liquefied gas is transferred into the cylindrical combustor filled with candies. As the candies melt, gasification formed will create great force causing the rocket to be launched.

UHA Mikakuto president and CEO Yasumasa Yamada said: "We were able to show another aspect of candies by showing how Puccho transforms from something enjoyable to eat to something that leads to children’s dreams."

Image: During the flight, the Candy-powered hybrid rocket reached an altitude of 813ft. Photo: courtesy of UHA Mikakuto Co.