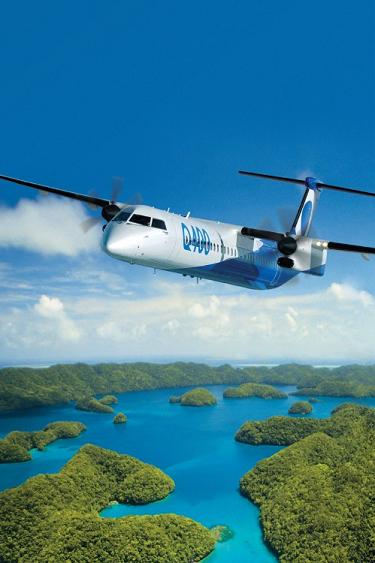 The certificate was awarded to the company at a ceremony at ANAC’s offices in Sao Jose dos Campos, Brazil.

"With its operational capability and versatility, the modern, reliable and fuel-efficient Q400 aircraft will serve the growth-orientated needs of Brazil’s airline industry and prove to be an excellent asset to local operators’ portfolios as they look to expand routes, right-size and develop their networks."

"The modern, reliable and fuel-efficient Q400 aircraft will serve the growth-orientated needs of Brazil’s airline industry."

Designed to adapt to various business models, Q400 aircraft is the latest development in the Q series family. The aircraft offers high-speed cruise of 160kmph and 30% fuel efficiency.

With more than 60 owners and operators, the Q400 family has logged an excess of six million flight hours in around 40 countries.

Bombardier has logged 546 firm orders for Q400 aircraft to date.

Bombardier estimates demand for 1,150 units of the 60 to 150-seat aircraft Latin America and the Caribbean, including Mexico, through 2034.

Earlier this year, Canada and Brazil partnered to promote and expand cooperation in civil aviation.

The collaboration will bring together key Canadian and Brazilian stakeholders in areas belonging to airport development, air navigation, and safety.

Image: The Q400 aircraft in flight. Photo: courtesy of Bombardier.