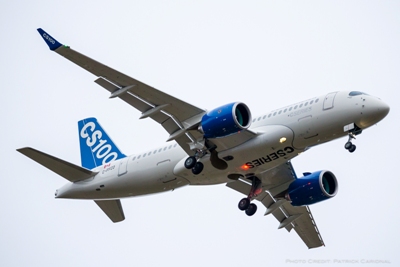 The Government of Québec in Canada has entered into a definitive agreement with Bombardier to make a previously announced $1bn investment in the C Series aircraft.

A new limited partnership known as C Series aircraft (CSALP) has been created where all of the assets, liabilities, and obligations of the aircraft’s programme will be transferred.

The $1bn investment will be provided in two $500m instalments, to be completed by September this year.

Bombardier will then hold a 50.5% equity stake in CSALP, while mandatary of the Government of Québec Investissement Québec will hold 49.5%.

Bombardier’s president and chief executive officer Alain Bellemare said: "We are grateful for the confidence the people and the Government of Québec have in the C Series.

"The $1bn investment will be provided in two $500m instalments, to be completed by September this year."

"Their investment will accelerate the momentum we’ve created, strengthen customer confidence in the aircraft, and provide Bombardier with the financial flexibility needed to compete and win."

Following completion of the deal, Bombardier will maintain operational control of the programme and consolidate its financial results. The existing Bombardier commercial aircraft president Fred Cromer will serve as president of CSALP along with his current role.

The deal, approved by Bombardier’s Board of Directors and the cabinet of the Government of Québec, is conditional upon the satisfaction of other customary conditions.

As per the deal, the strategic, financial, and operational headquarters for the CSALP will remain in the Province of Québec for at least 20 years, as well as the assembly, manufacturing, engineering services, and research and development activities.