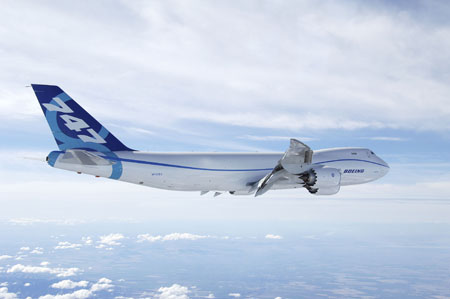 Boeing plans to scale-down production of its 747-8 jumbo aircraft to one per month in early 2016, due to a drop in demand for the aircraft.

Proposed plans follow the planned slowing of 747 production to 1.3 aircraft in September, from the current 1.5 aircraft.

The 747 orders have been hit by shift to twin-engine aircraft by airlines and air freight companies, reported The Wall Street Journal.

Boeing unveiled the updated 747-8 in passenger and freighter versions in 2011, and as of May, the company had 32 firm orders for the updated jet.

The plan to cut production will allow the Chicago-based aircraft maker to extend the 747 programme’s life, as well as remain on-track to update the Air Force One presidential fleet.

"The company is slowing production of 747 in response to overcapacity of freighters in the market."

Earlier this year, US Air Force One said it will be buying 747s to replace the 747-200 aircraft used for presidential transport; however, a contract is yet to be finalised with Boeing and the aircraft are planned to enter into service in 2021.

Boeing 747 programme vice-president and general manager Bruce Dickinson was quoted by Reuters as saying: "With recent orders and commitments, along with these changes announced today, we anticipate a stable future for the 747 production system."

Although the cargo segment is recovering, the company is slowing production of 747 in response to overcapacity of freighters in the market, Dickinson added.