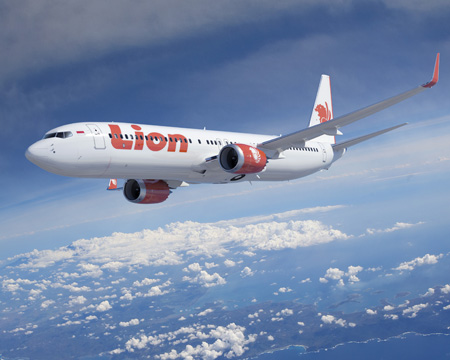 Boeing has finalised an order for 230 737 jets with Indonesian budget carrier Lion Mentari Airlines in a deal worth $22.4bn, which the company claims is the largest ever commercial airplane order.

The order comprises 201 in-development Boeing 737 MAX jets and 29 Next-Generation extended range 737-900ERs, and the airliner also has rights to acquire an additional 150 aircraft following an agreement that was originally signed in November last year.

Lion Air president director Rusdi Kirana said: "The 737 MAX is the best choice for Lion Air and the best airplane to serve our passengers."

The current order marks Lion Air as the launch customer for 737 MAX 9 jets while bringing the total order to 380 737s.

"Today more people are flying in Asia at lower fares because of the 737 and this historic 737 MAX order will help connect more people in the future," Keskar said.

The 737 MAX is a new engine variant of the Next-Generation 737 featuring the new technology CFM International LEAP-1B engines to offer high efficiency, reliability and passenger comfort.

According to Boeing, the airlines operating the 737 MAX will see a 10%-12% fuel saving and a 7% operating cost per seat advantage.

Boeing has received more than 1,000 order commitments for 737 MAX from 15 customers while it has received 6,600 orders for the Next-Generation 737 family.

Lion Air operates a fleet of Boeing 737-900ER, Boeing 737-300, 400 and Boeing MD-90 aircraft and the new Boeing 737-900ER will help the airline to serve more non-stop flights with reasonable fares to more destinations.