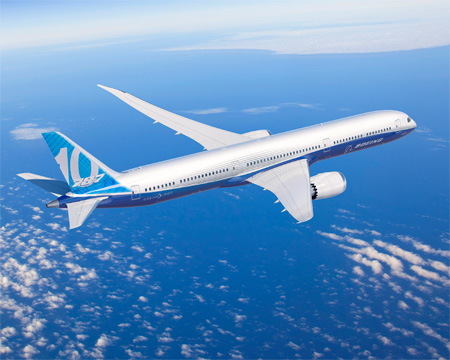 Boeing has selected its South Carolina plant in North Charleston to exclusively carry out the final assembly of its 787-10 Dreamliners.

The company stated that the 787-10 mid-body is too long to be transported efficiently from North Charleston to its facility in Everett, Washington.

"In addition, introducing the 787-10 in North Charleston takes advantage of that facility’s capacity while allowing the Everett facility to continue improving productivity as it focuses on the 787-8 and 787-9," Boeing added.

Boeing Commercial Airplanes vice-president and general manager Larry Loftis said: "We looked at all our options and found the most efficient and effective solution is to build the 787-10 at Boeing South Carolina.

"We looked at all our options and found the most efficient and effective solution is to build the 787-10 at Boeing South Carolina."

"This will allow us to balance 787 production across the North Charleston and Everett sites as we increase production rates."

The aircraft maker is currently carrying out the design of the 787-10 in Everett. The final assembly of the first 787-10 is scheduled to commence in South Carolina in 2017.

The 787-10 is the third member of the 787 family and will be 18ft longer than the 787-9. It is said to leverage 787 technologies and offer more passenger and cargo capacity as well as seat-mile economics in the medium twin-aisle market.

Boeing said it will continue to assemble the 787-8s and 787-9s in Everett and North Charleston.

Image: Boeing plans to begin final assembly of the first 787-10 in South Carolina in 2017. Photo: courtesy of Boeing.