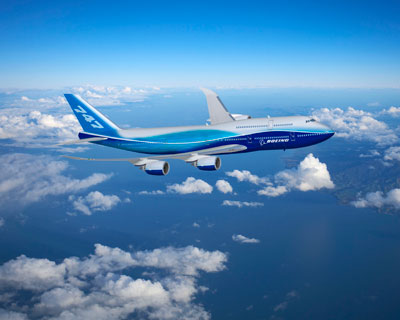 Boeing is planning to reduce production of its 747-8 jumbo jetliner starting September next year due to weaker demand for freighters.

The company plans to cut production of the airliner to 1.3 aeroplanes per month from the current 1.5 per month, according to The Wall Street Journal.

Boeing spokesman Doug Alder said: "We’re making this minor adjustment because the near-term recovery in the cargo market has not been as robust as expected.

"We continue to believe in the long-term strength of the freighter market and the 747-8 is uniquely positioned to capture this demand.

"This will allow us to continue to run a healthy business with a minor change to our production rate."

"We’re making this minor adjustment because the near-term recovery in the cargo market has not been as robust as expected."

Boeing has booked 119 orders for 747-8 to date, including 68 cargo versions and the remaining as passenger jetliners.

The company has so far delivered 80 747-8 airliners and has 39 unfilled orders, reported Reuters.

Boeing spokesman Chaz Bickers was quoted by Bloomberg as saying that the latest move is expected to have no financial impact.

A recent report by International Air Transport Association (IATA) estimated that international freight volumes are expected to increase by 4.1% over the next five years.