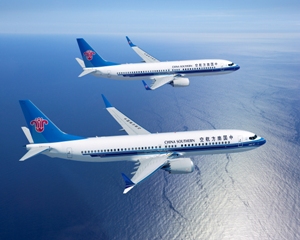 Guangzhou-based China Southern Airlines has placed an order for 80 737s with Boeing.

The deal also includes 30 737 aircraft to be procured by Xiamen Airlines, a subsidiary of China Southern, totalling the aircraft order to 110, which is valued at $10bn.

The order for 30 Max models placed by Xiamen was earlier logged as unidentified orders, reported Bloomberg.

"China Southern’s commitment is a solid endorsement of the popularity of the next-generation 737 and 737 MAX."

"We share an enduring partnership with China Southern and we are excited to see that the 737 airplanes will play an important role in their continued success."

From 2016, China Southern will sell 16 narrow-body jets and 13 engines, as well as other aerospace components back to Boeing for $104m over three years. The airline stated that Boeing was expected to pay $1.9m.

Separately, Boeing also finalised an order for the delivery of three additional next-generation 737-800s to Jet2.com, a subsidiary of UK’s Dart Group. The order is valued at $288m at current list prices.

In September, Jet2.com ordered 27 next-generation 737-800s. The carrier has an all-Boeing fleet of more than 60 airplanes.