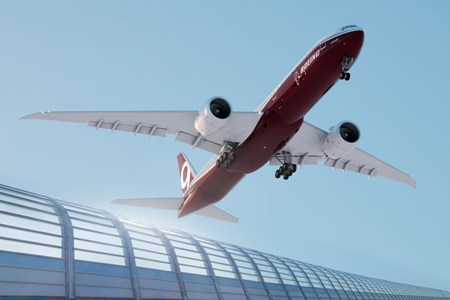 Boeing has finalised a deal with five Japanese partners to supply components for the new 777X aircraft.

Boeing Commercial Airplanes supplier management vice-president and general manager Kent Fisher said: "Our Japanese industry partners have consistently performed to the highest standards and contributed enormously to the resounding success of the current 777.

"In working with us on the affordability goals of the 777X, they have modelled the kind of partnership and commitment needed to serve our customers and the changing demands of the marketplace."

For more than five decades, the company has collaborated with various aerospace companies in Japan to manufacture the next-generation 737, 737 MAX, 747, 757, 767, 777, 787 Dreamliner aircraft models.

" The JAI companies are investing in new facilities and introducing robotic and other automated systems to ensure they deliver high-quality products on time every time."

JADC is a non-profit foundation set-up to bolster competitiveness of the Japanese aircraft industry.

JADC chairman Shigeru Murayama said: "The JAI companies are investing in new facilities and introducing robotic and other automated systems to ensure they deliver high-quality products on time every time.

"This is a measure of their commitment to the success of the 777X."

Last year, Boeing purchased more than $5bn worth of goods and services in Japan.

By the end of the decade, the company expects to purchase approximately $36bn worth goods and services.

Boeing intends to commence production of the 777X in 2017 with plans to deliver the first aircraft in 2020.

Image: An artistic impression of the Boeing 777X. Photo: courtesy of Boeing.