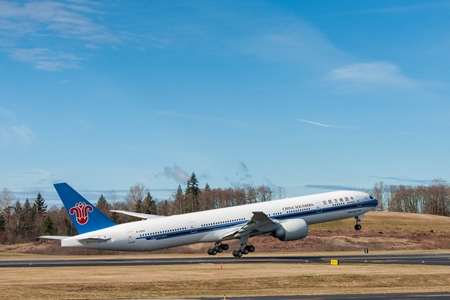 Boeing has collaborated with Etihad Airways and several other organisations to support an initiative to develop the UAE’s aviation biofuel industry.

The initiative, ‘BIOjet Abu Dhabi: Flight Path to Sustainability’, will focus on research and development as well as investments in feedstock production and refining capability in the UAE and across the world.

In support of this programme, Etihad Airways conducted a 45-minute demonstration flight in a Boeing 777 powered in part by UAE-produced sustainable aviation biofuel that was partially converted from plants by Total and refined into jet fuel by Takreer.

The UAE is now one of the few countries that have produced and flown on its own aviation biofuel.

Etihad Airways president and CEO James Hogan said that the company’s goal is to support and help drive the commercialisation of sustainable aviation fuel.

"We have made some important first steps in this process and our continued focus will be to develop further initiatives such as this which will facilitate the availability of sustainable aviation biofuels for Etihad Airways in the coming years," Hogan added.