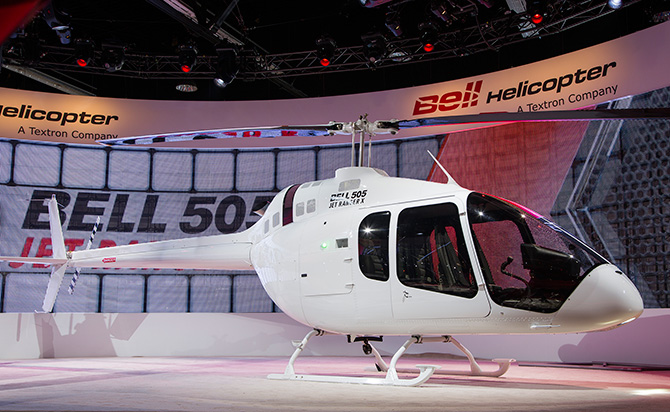 Bell Helicopter has started construction of an assembly facility in Lafayette, Louisiana, US, for its new commercial helicopter, the Bell 505 Jet Ranger X.

The 82,300ft² facility is being built on a 14.5-acre site, and will be leased from the Lafayette Regional Airport.

Bell Helicopter president and CEO John Garrison said: "The groundbreaking of the Bell Helicopter facility in Lafayette is a significant milestone toward aircraft production and delivery.

"The support provided by the state of Louisiana, as well as their exceptional workforce training programmes, will help ensure the facility and our future workforce are operationally ready and able to quickly ramp-up to meet our production demands."

The State of Louisiana is funding the project, while Bell Helicopter plans to invest $11.4m in equipment and tooling.

Assembly operations are scheduled to begin by 2016 and the company plans to start the hiring process by 2015.

"The support provided by the state of Louisiana will help ensure the facility and our future workforce are operationally ready and able to quickly ramp-up to meet our production demands."

Bell Helicopter said that it will maintain the existing workforce of more than 60 in the region at its two facilities that are engaged in rotor blade and composite repair and overhaul operations.

The company is currently carrying out assembly of the first Bell 505 test aircraft at its facility in Mirabel, Canada.

Certification activities with Transport Canada and the Federal Aviation Administration are underway with plans to conduct first flight by the end of this year.