ContinueLearn More X
X
Advertise with us
Rohit 21 May 2015 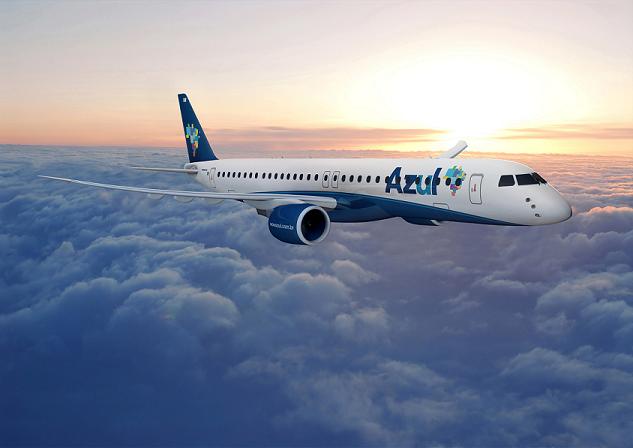 Azul Linhas Aéreas Brasileiras has finalised a deal with Embraer to purchase 30 E195-E2 jets with an option for an additional 20 aircraft.

If the options are exercised to firm orders, the transaction for up to 50 aircraft will be valued at $3.2bn, based on list prices.

The deal was announced as a letter of intent at the 2014 Farnborough International Airshow in the UK.

Embraer Commercial Aviation president and CEO Paulo César Silva said: "This new contract is a show of confidence in the E-Jets E2 programme, which is following in the steps of the commercial success of the current E-Jets generation.

"For that reason, we continually invest in meeting the demands of the airline companies for an even more efficient generation of aircraft."

"The E2 will be the most advanced airplane in its category, providing a savings on fuel burn more than 20% higher than the current model."

The company plans to include the firm order in its second-quarter backlog this year, and to deliver the first aircraft in Q2 of 2020.

The Brazilian airline currently operates a fleet of 82 E-Jets, and has six E195s on order. It operates the largest E195 fleet in the world.

Azul CEO David Neeleman said: "The E2 will be the most advanced airplane in its category, providing a savings on fuel burn more than 20% higher than the current model.

"That will be fundamental for maintaining our competitive fares and for growing in the domestic market."

The firm order will increase the E-Jets E2 backlog to 242 aircraft, with 348 options and purchase rights.