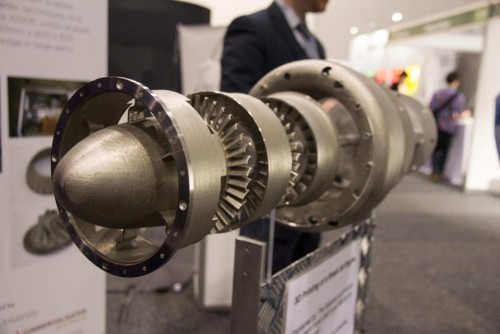 One of the 3D-printed engines is being showcased at the ongoing International Air Show in Avalon, while the other is at Microturbo (Safran) in Toulouse, France.

Monash and its subsidiary Amaero Engineering attracted interests from tier one aerospace companies to produce components at the Monash Centre for Additive Manufacturing (MCAM) in Melbourne.

"One of the 3D-printed engines is being showcased at the ongoing International Air Show in Avalon, while the other is at Microturbo (Safran) in Toulouse, France."

The engine is an auxiliary power unit equipped in aircraft such as the Falcon 20 business jet.

Monash Centre for Additive Manufacturing director Xinhua Wu said: "It was our chance to prove what we could do, but when we reviewed the plans we realised that the engine had evolved over years of manufacture.

"So we took the engine to pieces and scanned the components, then we printed two copies."

The project is supported by the Australian government through the Australian Research Council, the CRC programme, Commercialisation Australia, the Science and Industry Endowment Fund, Monash University and Safran.

"It was a challenge for the team and pushed the technology to new heights of success. No one has printed an entire engine commercially yet."