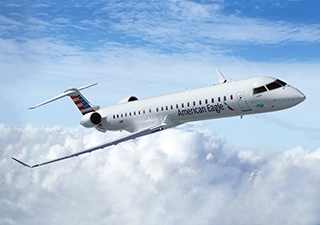 The order was initially announced in December 2014 from an unidentified customer.

PSA will add the CRJ900 NextGen aircraft from November and is expected to receive all jetliners by August 2016.

PSA Airlines president Dion Flannery said: "We are pleased to add these new Bombardier CRJ900 NextGen aircraft to our growing fleet and see the award as a reflection of American’s continued confidence in PSA to provide friendly, reliable and cost-effective regional services for American’s customers."

To date, Bombardier has logged 1,858 firm orders for CRJ Series aircraft, which are in service with more than 60 airlines. In addition, more than 60 customers operate corporate versions of the aircraft.

"We are pleased to add these new Bombardier CRJ900 NextGen aircraft to our growing fleet."

The CRJ Series aircraft have accumulated more than 41 million flight hours and around 34 million take-offs and landings.

Bombardier Commercial Aircraft president Mike Arcamone said: "As the CRJ NextGen family of aircraft reasserts itself as the benchmark in regional aviation, we are seeing the benefits of our most recent investments in the programme.

"The resulting enhancements to the aircraft have strengthened their performance and reliability, and have positioned them exceedingly well to meet airline requirements in developed and emerging markets for many years to come."