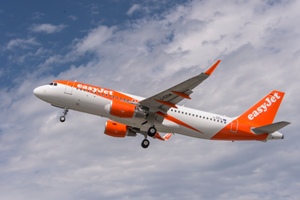 Airbus has received a firm order from easyJet for the delivery of 36 A320 aircraft.

With this easyJet order, Airbus’s overall order for the A320 family aircraft has reached 451.

easyJet has become one of the largest airlines to order the A320ceo family with a total number of 321 orders and also for A320neo with 130 on order.

easyJet CEO Carolyn McCall said: "Our mission is to make air travel easy and affordable and Airbus is a key partner in delivering this to our passengers.

"The A320neo with new seats will provide wonderful levels of comfort and space.

"It is also more fuel efficient, which will reduce emissions and provide lower costs per seat which will help keep fares low.

"The new quieter aircraft will reduce our impact on the communities who live near our airports.

"Our partnership with Airbus was built on the A320 family and this will continue with the A320neo."

"The new quieter aircraft will reduce our impact on the communities who live near our airports."

This year the airline celebrates its 20th anniversary and in April took delivery of its 250th A320 aircraft.

easyJet is said to have Europe’s largest and world’s fourth largest operator of Airbus single aisle fleet. The company stated it is exercising its purchase rights for CFM International’s LEAP-1A engine to power the Airbus A320neo aircraft.

It has placed an order for 12 CFM56-5B engines to be installed in six A320ceo aircraft at a cost of more than $975m. The airline has operations in more than 130 airports on over 750 routes and across 31 countries.

Airbus customers chief operating officer John Leahy said: "The airline is one of the biggest carriers in Europe with a large fleet to match.

"Not only is easyJet one of the biggest airline customers for the A320ceo, but also the A320neo.

"This endorsement demonstrates easyJet’s commitment for operating the world’s most productive and efficient aircraft married with the best cabin comfort for its millions of loyal passengers."

The company also announced a plan for its corporate jet customers and operators worldwide. The plan includes an expansion of capabilities and its service centre network.

Image: Airbus receives an order of 36 A320 from easyJet. Photo: courtesy of Airbus.