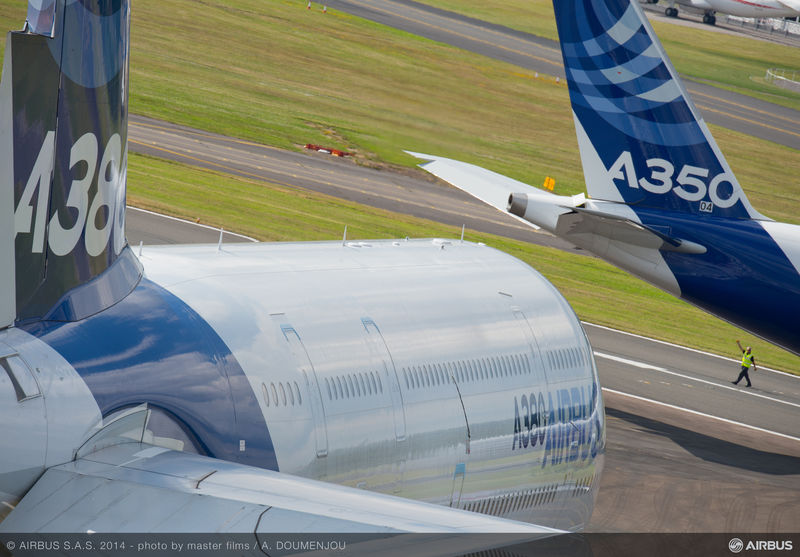 Airbus is planning to install ejectable black box flight recorders on its new wide-bodied A380 and A350 aircraft in an effort to make it easier to recover evidence in the event of an accident.

The company has started negotiations with the European Aviation Safety Agency (EASA) to obtain approval to use the technology for the wide-bodied aircraft.

Airbus spokesman was quoted by Reuters as saying: "In the future, applicability for our other aircraft products could be likewise considered, but presently we have decided to focus on the A350 and A380."

In the event of a crash, the black boxes separate from an aircraft and emit a satellite distress signal.

Data from these components will provide investigators with access to flight data and identify the cause of the incident.

The latest move by Airbus comes as global aviation authorities are working to recommend devices that help trace the evidence of an aircraft disaster.

In the past year, there has been a series of major incidents involving commercial aircraft.

"It is an amendment so it does not need to go through the full regulatory process."

In March 2014, Malaysia Airlines flight MH370 disappeared off radars over the Indian Ocean. In July, Malaysian Airlines’ MH17 passenger jet was shot down in the eastern, rebel-held Ukraine.

Last month, AirAsia flight Flight QZ8501 on its way to Singapore crashed into the Java Sea off the Indonesian coast.

In all the three incidents, several searches are being carried out to recover the black box recorders.

The EASA is working to accommodate ejectable black boxes to its certification rules and the process is expected to be completed in the coming days.

EASA spokesperson was quoted by The Financial Times as saying: "It is an amendment so it does not need to go through the full regulatory process."

Following the recent aircraft accidents, the International Civil Aviation Organisation has been under pressure to add ejectable black boxes to new standards from 2016.

Image: The ejectable black box flight recorders, if approved, will be installed on Airbus A380 and A350 aircraft. Photo: courtesy of Alexandre / Airbus SAS.