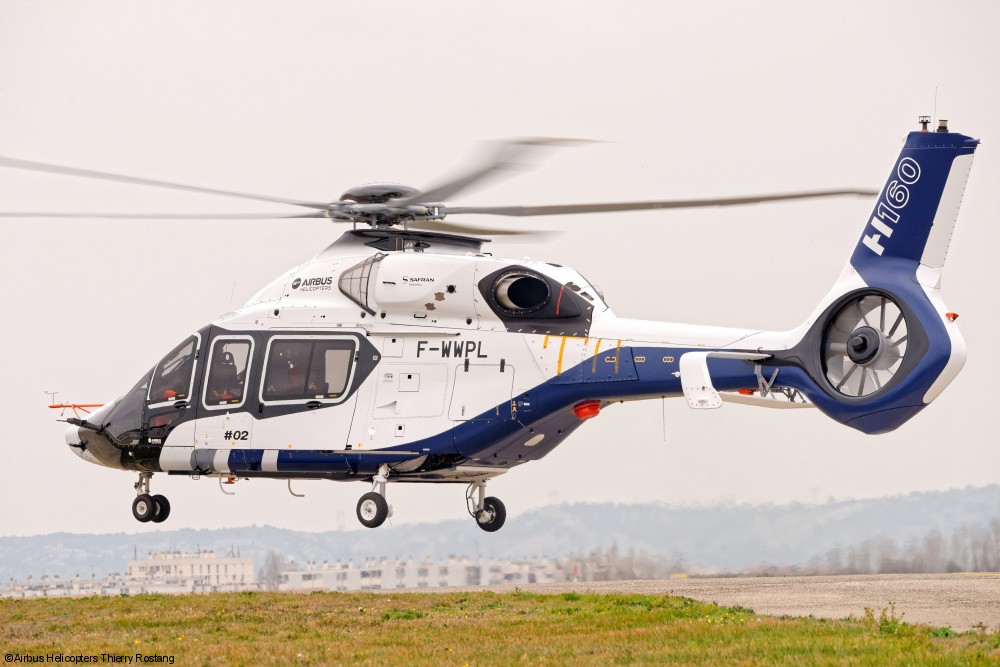 Airbus Helicopters has flown the second prototype of its twin-engine H160 rotorcraft at its headquarters in Marignane, France.

The second prototype is the first H160 to be equipped with Turbomeca Arrano engines.

The first H160 accumulated more than 75 hours of flight testing by the end of 2015. It enabled the company to open the flight envelope and validate some of the helicopter’s features and handling qualities.

A third flying prototype, which is planned to arrive later this year, will be used for the certification effort.

Airbus Helicopters head of the H160 programme Bernard Fujarski said: "The development programme will benefit from five development aircraft; two helicopter zeros and three flying prototypes will be paving the way to entry into service in 2018."

The H160 is said to incorporate 68 different Airbus Helicopters patented technologies, and is suitable for oil and gas operations, public services, air medical and coast guard duties, as well as commercial transport, private and business aviation.

With a cruise speed of 160kts, the H160 can carry 12 passengers at distances of 120nm for oil and gas missions, and a 450nm range with a 20-minute reserve in public service or search and rescue tasks.