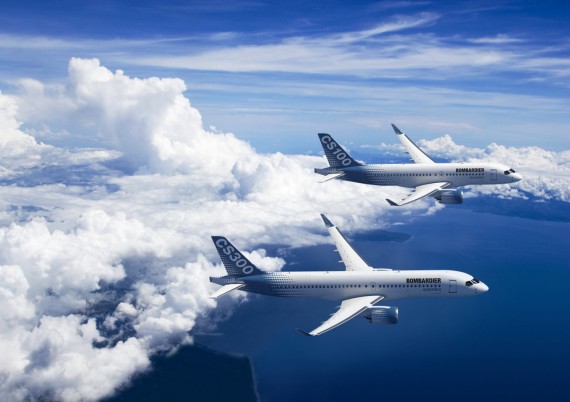 Airbus has cancelled talks of a possible investment in the CSeries jet aircraft by Canadian manufacturer Bombardier.

The companies have confirmed that negotiations have reached an end.

In an attempt to boost development of its CSeries jets, Bombardier had reportedly approached Airbus for financial support in return for a controlling stake in the programme.

The CSeries of aircraft was designed to compete in the lower end of the global aeroplane market, which is currently dominated by Boeing and Airbus.

"Bombardier confirmed that it will continue exploring options, such as an industry consolidation, but would not comment on potential outcomes."

In an official statement Bombardier said: "Following the Airbus Group’s statement indicating that the group held talks with Bombardier regarding certain business opportunities, Bombardier confirms that such discussions occurred and are no longer being pursued."

Bombardier confirmed that it will continue exploring options, such as an industry consolidation, but would not comment on potential outcomes.

To date, Bombardier has received 243 firm orders for CSeries jet aeroplane; however, none were made at the Paris air show in June, and the company is falling behind its target for 300 firm orders by next year.

CS100 took its first flight in 2013 but in March last year the company announced that CS100’s entry into service would be delayed.

The jet series is hoped to compete with aircraft series such as the Boeing 737, Airbus A320, and Comac C919.