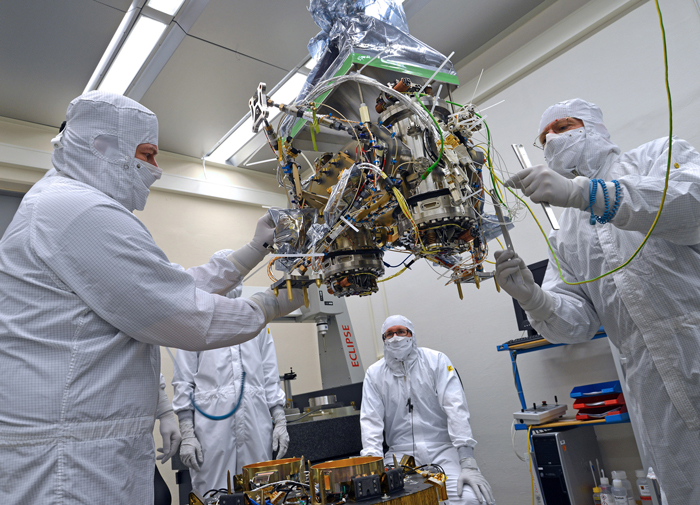 The mission is designed to test an advanced technology that will help observe and precisely measure the gravitational waves.

By evaluating gravitational radiation, astronomers will be able to study the universe in a new way and future telescopes will be able to view sources such as colliding super-massive black holes or neutron stars.

Airbus has installed the LISA Technology Package (LTP) into the satellite.

Both the LTP and the satellite will be prepared to undergo a series of tests at IABG in Ottobrunn, near Munich, Germany.

"Future telescopes will be able to view sources such as colliding super-massive black holes or neutron stars."

Weighing around 150kg, the LTP comprises a laser interferometer that measures changes in distance between two precision-engineered gold-platinum test masses.

The two test masses will be placed in a near-perfect gravitational free-fall from a locking mechanism, and their motion inside the spacecraft will be measured by laser interferometer and electrostatic sensors.

Scheduled for launch in LISA Pathfinder later this year, the LISA Pathfinder will travel 1.5 million kilometres towards the sun, away from any interference from the Earth.

The ESA selected Airbus Defence and Space in the UK to build the LISA Pathfinder and deliver the integrated turnkey satellite.

Airbus Defence and Space in Germany is responsible for the LTP, which is developed in partnership with European research institutes.