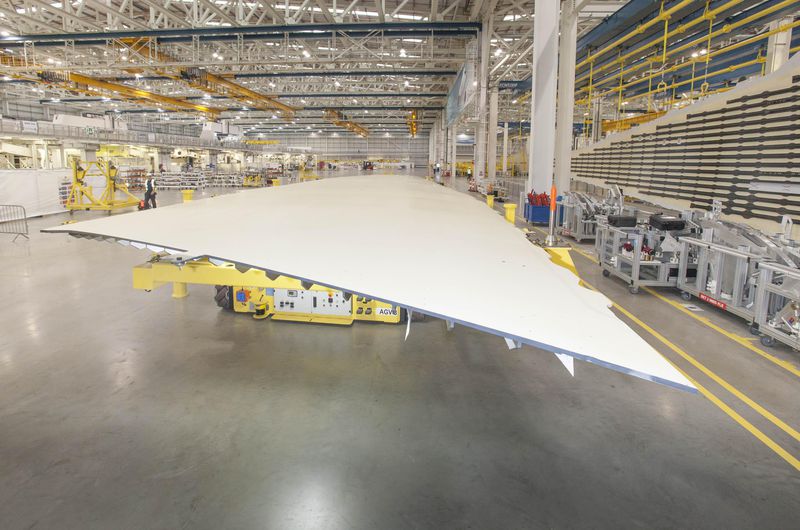 Airbus has commenced the assembly process for the first wing of the wide-body A350-1000 aircraft at Broughton, North Wales in the UK.

The A350-1000 features a wing span similar to that of the A350-900; however, 90% of its components have been modified and the trailing edge has been extended to resize the wing.

The 32m-long A350 XWB wing is said to be the largest of its kind of carbon fibre composite material-based components in the civil aviation segment, the company said.

It includes streamlined features such as droop-nose, leading-edge devices and adaptive dropped-hinge flaps, which increase the aircraft efficiency at low speeds.

Airbus said: "To improve efficiency at higher speeds, the A350 XWB can deflect its wing flaps differentially, optimising the wing profile and providing better load control."

"The A350 XWB can deflect its wing flaps differentially, optimising the wing profile and providing better load control."

Airbus designs and manufactures these wings at its facility in Filton, near Bristol.

At this location, the company designs and tests a number of other systems such as the fuel systems and landing gear.

Planned to enter service in 2017, the A350-1000 measures 74m from nose to tail, and has the longest-fuselage version of Airbus wide-body airliners.

The aircraft will be powered by Rolls-Royce’s Trent XWB engines. It is designed to accommodate 366 passengers and can be configured for up to 440 passengers.