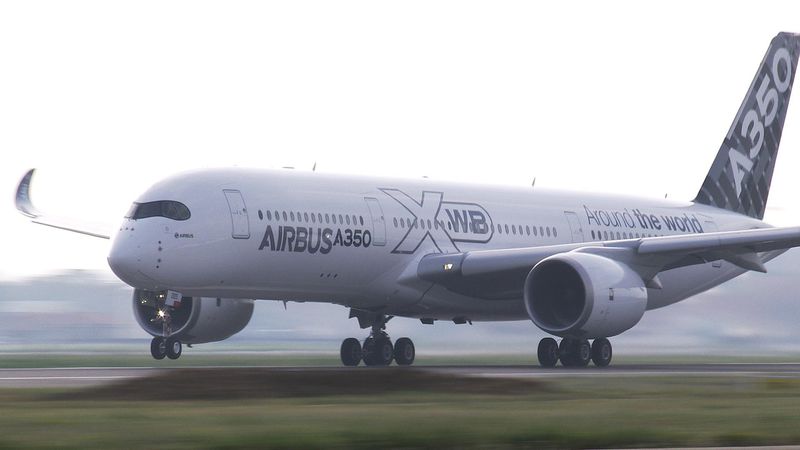 Airbus’s A350-900 aircraft has embarked on a three-week route-proving drive as part of its final certification stage, soon after the completion of the aircraft’s maximum energy rejected takeoff (MERTO) testing.

As part of one of the final trials required for type certification, the A350 MSN5, with onboard passengers on some flights, will operate a ‘world tour’, travelling to 14 airports globally and a route via the North Pole.

With each of flights launching in Toulouse, the programme comprises four trips. The first one will be towards Iqaluit in Canada and returning via Frankfurt, followed by a trip to Asia involving several flights to Singapore-Hong-Kong, prior to arriving to Toulouse.

"The flight-test campaign has reached more than 540 flights and 2,250 flight hours so far."

The third manoeuvre will involve east-bound flights from Toulouse via Johannesburg, Sydney, Auckland, Santiago de Chile and Sao Paulo, with the final trip operating to Perth via Doha, and return via Doha, Moscow and Helsinki.

The A350 XWB programme is on target for certification during the third quarter, with the first scheduled delivery to Qatar Airways in the fourth quarter.

Five development Airbus A350s are taking part in the flight-test campaign, which has reached more than 540 flights and 2,250 flight hours so far.

Being the latest addition to the Airbus Widebody product line, A350 XWB Family will be offered in three versions from 276 to 369 seats, with the overall orders reaching 742 from 38 global clients.

Image: The Airbus A350 XWB taking off during the final certification phase. Photo: courtesy of Airbus SAS.