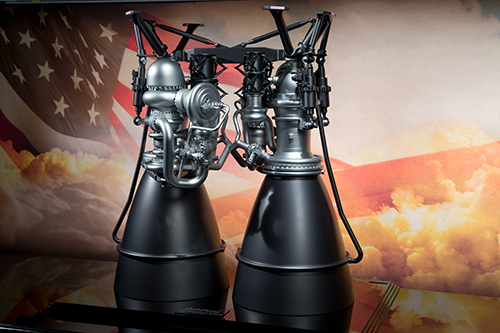 The under-development AR1 engine is expected to replace the Russian-made RD-180 engines, which are currently being used to launch most of national security satellites into orbit for the US government.

The design review included a complete analysis of each of the 18 components and subsystems of the AR1 engine. The review has been conducted to ensure proper functioning of the engine after integration.

Following the review, Aerojet will continue to develop the AR1, until the time of a full-scale engine testing, scheduled in 2017. The company expects to deliver a flight-qualified engine by 2019.

The engine can be configured in several launch vehicles and is being kept as an option for United Launch Alliance’s (ULA) proposed Vulcan launch system and other launch vehicles under development.

Aerojet Rocketdyne advanced space and launch programmes vice president Julie Van Kleeck said: "This is one of the most important design reviews the programme will undergo during its development.

"This is one of the most important design reviews the programme will undergo during its development."

"As the only company domestically producing large liquid rocket engines, we apply rigorous design reviews as part of our overall development programme, minimising risk and helping ensure that we will meet the delivery schedule on a programme of such national significance as AR1."

So far, more than 155 staged-combustion tests have been conducted on the AR1 engine.

"We have achieved every milestone in our AR1 schedule to be ready for 2019. We have in place the production facilities, tools, equipment, supply base and, most importantly, highly skilled employees to manufacture the AR1 engine to meet the national security needs of our nation."