X
Advertise with us
Akanksha 3 March 2014 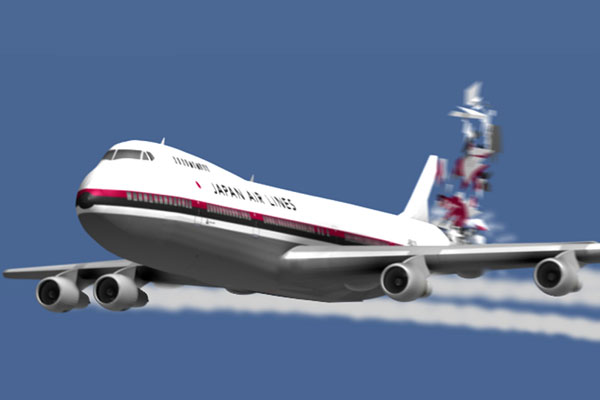 The worst aeroplane crash in the history of commercial aviation occurred on 27 March 1977, when two Boeing 747 passenger aircraft belonging to KLM and Pan Am airlines collided on the runway of Los Rodeos Airport (now Tenerife North Airport) in Tenerife, Canary Islands. The collision caused the death of 583 people including all the 248 aboard the KLM flight and 335 of the 396 people aboard the Pan Am flight.

KLM Flight 4805 and Pan Am Flight 1736 were two of the many aircraft that were diverted to Tenerife after Gran Canaria Airport was closed following a bomb explosion. Heavy traffic at the smaller Tenerife airport forced the authorities to park many aircraft on the taxiway. The two 747s on the taxiway had to taxi on the only runway to take-off, while heading back to the reopened Gran Canaria Airport.

The fog over the location destructed the view of the aircraft and in the absence of ground radar at airport, the only communication between the crew and traffic controller was the voice transmission over the radio. Miscommunication resulted in take-off attempt by the KLM crew without clearance from air traffic control tower (ATC) as the Pan Am flight was on the runway.

The JAL Flight 123 tookoff from Haneda Airport on 12 August 1985. About 12 minutes after takeoff the aircraft experienced rear pressure bulkhead failure, and subsequently crashed into Mount Takamagahara in Ueno, Gunma Prefecture, about 100km away from Tokyo.

The Japan Self-Defence Force (JSDF) immediately began a rescue mission and their helicopter spotted the wreckage of the aircraft during the night, but poor visibility and the difficult mountainous terrain forced them to postpone the rescue efforts until the next morning. Four of the 524 passengers and crew were saved by the rescue team.

A mid-air collision occurred between a Boeing 747 belonging to Saudi Arabian Airlines and an Ilyushin Il-76 aircraft operated by Air Kazahkstan over the village of Charkhi Dadri in India in 1996 killing all 349 people aboard both the aircraft, making it the worst ever mid-air collision.

The Flight 1907 received the clearance to descend to 15,000ft when flying 119km away from the airport, while Flight 763, travelling on the same path but in the opposite direction, was cleared to climb to 14,000ft. Despite warning from approach controller, the Flight 1907 descended to less than 14,000ft resulting in the mid-air collision.

Turkish Airlines’ Flight 981 crashed outside Paris on 3 March 1974, resulting in the death of all 346 people on board. The DC-10 aircraft involved in the crash was travelling from Paris to London.

The Flight 981 departed from Orly Airport at 12:30pm for its flight to Heathrow and controllers received a distorted signal from the aircraft after it passed over the town of Meaux. The plane disappeared from radar shortly afterwards and crashed in the Ermenonville Forest.

A rear cargo hatch failure resulting in decompression and loss of control over aircraft systems was identified as the cause of the accident.

Air India Flight 182 was attacked by terrorists causing it to crash into the Atlantic Ocean over Irish airspace on 23 June 2011, killing all 329 people onboard. A bomb set by the attackers exploded at an altitude of 31,000ft.

The wreckage of the aeroplane found by the cargo vessel Laurentian Forest, and 132 bodies were recovered from the water about 190km off the coast of County Cork in Ireland.

A fire broke out in Saudi Arabian Airlines Flight 163 causing the death of 301 people in 1980. All the passengers and crew perished due to delayed evacuation efforts.

The Flight 163, a Lockheed L-1011-200 TriStar, took off from Riyadh International Airport (now Riyadh Air Base) on 19 August 1980. The crew received warning of smoke in the aft cargo compartment seven minutes after take-off. The pilot decided to return the aircraft to Riyadh after confirming the presence of smoke in the aft area of the cabin.

The aircraft landed on the runway after 20 minutes, but taxied on the runway instead of attempting an emergency stop. The aircraft took several minutes to halt and the running engines further delayed the evacuation efforts resulting in death of the occupants due to smoke inhalation.

Iran Air Flight 655 was shot down by the US Navy guided missile cruiser USS Vincennes on 3 July 1988 killing all 290 passengers and crew aboard the aircraft.

Flight 655 was an Airbus A300B2-203 operating between Tehran and Dubai. Seven minutes after take-off from Bandar Abbas, the aircraft entered the Persian Gulf on commercial air corridor Amber 59. The USS Vincennes returning from an escort duty misidentified the aircraft as an F-14A Tomcat.

The crew of USS Vincennes tried to contact the approaching aircraft on military and civilian emergency frequencies, but Flight 655 was not equipped to receive military frequencies and its crew assumed that the civilian calls were directed at other aircraft. The Vincennes immediately fired two SM-2MR surface-to-air missiles breaking the aircraft into pieces.

An Ilyushin Il-76 crashed in a mountainous terrain near Kerman, Iran, on 19 February 2003 killing all 275 people onboard the aircraft.

The Aerospace Force of the Army of the Guardians of the Islamic Revolution (AFAGIR) was the operator of the aircraft. The aircraft was carrying AFAGIR members from Zahedan to Kerman on an unknown mission when it fell 35km southeast of Kerman.

Gusty wind conditions were reported in the area at the time of the incident.

The worst ever aeroplane disaster in US aviation history occurred on 25 May 1979 when American Airlines Flight 191 crashed just after taking off from O’Hare International Airport in Chicago. All 271 people aboard the aircraft and two people on the ground perished.

Flight 191, a DC-10 aircraft, was a scheduled passenger flight between O’Hare International Airport and Los Angeles International Airport. Everything was in order when the aircraft began its take-off run, but the engine number one and pylon assembly fell off just before take-off.

The separated portions damaged the left wing leading to differences in the lift produced by both wings. The aircraft subsequently banked sharply to the left and descended from 400ft off the ground and crashed immediately. American Airlines pleaded guilty to poor maintenance procedures.

Korean Air Lines Flight 007 was shot down by a Soviet Su-15 interceptor in the Sea of Japan on 1 September 1983 taking the lives of all 269 passengers and crew aboard. It was a scheduled service between New York City and Seoul with a stopover in Anchorage.

KAL007, a Boeing 747-230B aircraft, was to travel to the NOPAC (North Pacific) en route from Anchorage to Seoul, but deviated from its assigned R-20 (Romeo 20) route due to autopilot system operating in HEADING mode. The aircraft subsequently entered restricted Soviet airspace off the Kamchatka coast.

The Soviet Air Force deployed MiG-23 and Su-15 fighters to intercept the passenger aircraft. The pilots of the warplanes quickly located the aircraft and tried to communicate with the crew of the KAL007, but received no response. The Su-15, one of the interceptors, fired a Kaliningrad R-8 air-to-air missile which knocked down the aircraft into the Sea of Japan.